Man moves into dog shelter to help get dog adopted 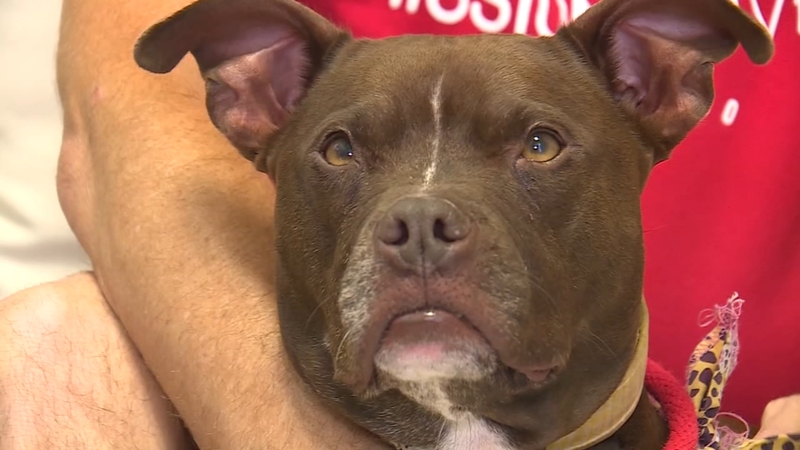 Man moves into dog shelter to help get dog adopted

MERRIAM, Kan. -- It's not an easy life for dogs living long term in shelters. Some can spend years there waiting to get adopted.

That's why one Kansas man is trying something drastic to get a 3-year-old terrier mix adopted.

Its cramped quarters and there are some strange sounds at night, but Scott Poore is willing to try anything to help Queen find her forever home.

"She does not snore but I can hear other dogs in the building snoring," Poore said.

For more than 400 nights Queen has been waiting at the Great Plains SPCA for someone to love her as their own, reported KMBC.

"I just can't figure out why she's not getting adopted," Poore said.

In hope of drawing more people to her, Poore grabbed his tooth brush, his computer and his calendar, and told Queen to slide over.

"It's going to bring her so much exposure," Poore said.

Poore said living in the shelter is not easy. He's got responsibilities at his other job to get done while staying with Queen, but he said the most important thing is making sure his new roomie gets adopted.

"She's just been slowly declining in the shelter environment because I see her every day I've noticed those changes," he said.

Poore said Queen is a loving dog and he's hoping to show people just how friendly she is. He said she's a perfect example of what happens when dogs go unadopted.

"Queen is really speaking for all long-term shelter dogs and shelter cats. They're kind of the forgotten ones," Poore said.