Fayetteville driver accused of running over people, saying he was 'going to kill everyone' arrested in Greensboro 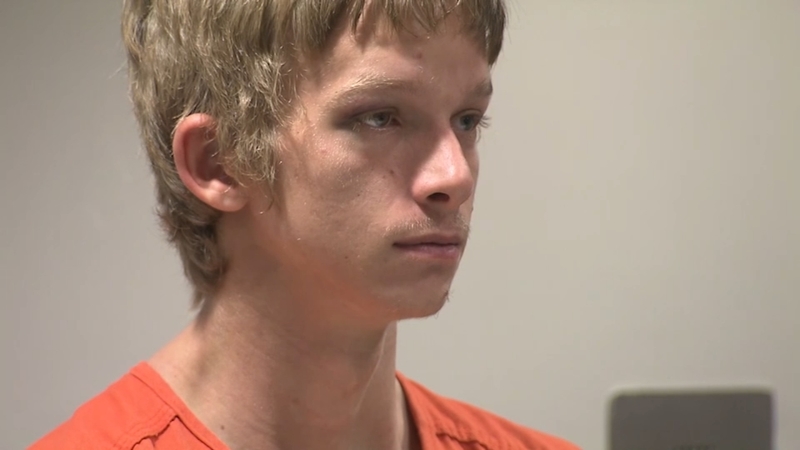 FAYETTEVILLE, N.C. (WTVD) -- A man accused of hitting three people with his car in a Fayetteville parking lot on Wednesday, killing one of them, has been arrested in Greensboro.

Mackenzie Jackson was taken into custody in Greensboro.

Police say Jackson got in an argument with a woman in the parking lot of Quick Stop Discount Tobacco on Grove Street around midnight. Jackson drove his vehicle "in an erratic manner" and intentionally hit several people in the parking lot, according to Fayetteville police.

Anthony Robinson, 47, died. Another man was also hit and has since been released from the hospital.

Surveillance video shows a man in a yellow car driving in circles at high speed, in what appear to be attempts to run over people in the parking lot. Several people were seen throwing rakes and rocks at Jackson.

The owner of the store said he heard the driver say he was "going to kill everyone."

Casey Adams, who witnessed the incident, told ABC11 he asked Jackson for a ride. Jackson replied, "not unless you have crack." When witnesses said he didn't have anything, Jackson got angry and started driving around the parking lot.