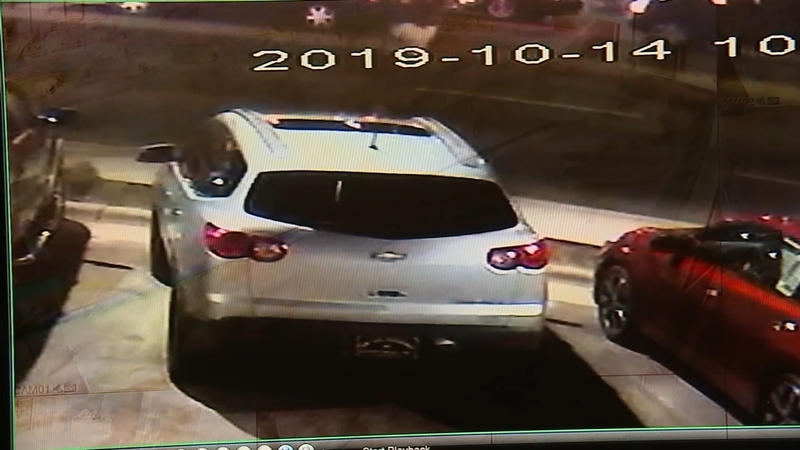 FAYETTEVILLE, N.C. (WTVD) -- Surveillance video captured the moments after a man stole a car with a baby inside at a Fayetteville store Monday night.

It happened just after 7 p.m. at the O'Reilly's Auto Parts in the 5400 block of Raeford Road.

Police said a 2005 Saturn van was left unlocked and running with a five-month-old inside while the child's father went inside the store.

The car was later found at the intersection of Glensford Drive and Raeford Road. The baby was unharmed in the backseat.

Surveillance video from that intersection shows the man who stole the car.

He's wearing a white tee shirt and jeans and is seen hopping out of the car.

He then bolted down a busy Raeford Road.

The baby's father said he was only in the store for 30 seconds and came out to find his van being driven away.

The child is ok but the man who stole the car is still on the loose.

He was last seen running behind businesses in the area.