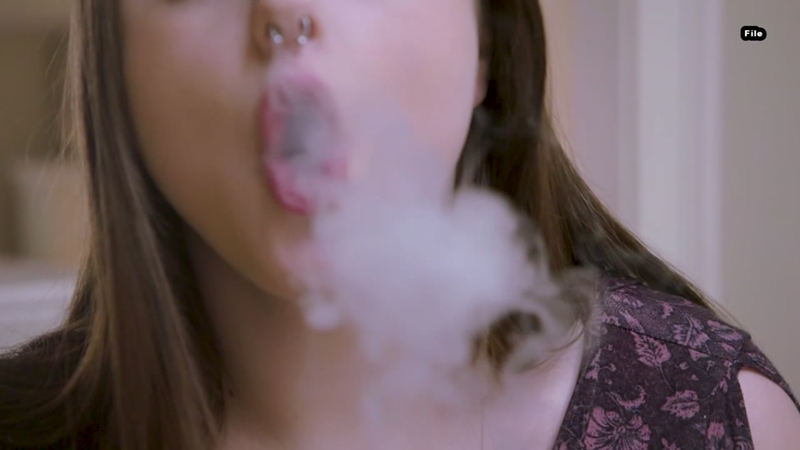 Should smoking age be raised

Federal lawmakers are pushing a bipartisan proposal to raise the minimum age to purchase tobacco from 18 to 21 years old.

Senate Majority Leader Mitch McConnell of Kentucky and Democrat Tim Kaine of Virginia announced the plan Monday, following a wave of similar legislation across the country.

"When you're in high school, it's easier to succumb to peer pressure. But once you're in college you're basically finding out who you are and you're able to build on your morals yourselves, so you're not relying on what other people think to go off of," explained Tahjanee Givens, a junior at Fuquay Varina High School.

Givens said she has noticed an increase in e-cigarette usage among fellow students since entering the school, a spike backed up by statistics compiled by the state's Department of Health and Human Services. According to the North Carolina Youth Tobacco Survey, only 1.7 percent of high school students admitted using e-cigarettes in 2011; by 2017, that number had spiked to 16.9 percent, with even more students acknowledging they'd consider using the products.

"It's something that they do often. Sometimes in class, sometimes they have to go to the bathroom to take breaks to vape," said Givens, who is also a member of NC Child's Youth Advocacy Council. NC Child is a nonprofit organization representing interests of children.

A sign of the increased issue can literally be seen in new "Smoke-Free Campus" signage posted at schools, which includes a picture of an e-cigarette.

"I don't believe teachers or students are aware of what actually vaping is, and I don't think teachers are aware of how to detect vaping... especially among students," said Givens.

So far, fourteen states have raised the smoking age from 18 to 21, with several businesses, including Rite Aid and Walgreens also enacting increased age limits. Juul, the popular e-cigarette maker, also requires customers to be 21 years old to purchase their products online.

Though it's too early to know the exact impact this legislation could have if passed, it likely will make a dent in North Carolina's $20 billion annual tobacco industry.

Walden noted about 10,000 people across the state are employed in the industry, a number that has decreased as more manufacturers rely on automation.

"The biggest impact would be where the cigarettes are made, that's where about two-thirds of that $20 billion comes from. So cigarette manufacturing firms, and they're sprinkled around the Piedmont, would be the hardest-hit in terms of dollar-value. Your convenience stores would lose some business -- I'm not sure how many people go to a convenience store just to buy cigarettes and buy other things. Farmers would be hit. That's about a $700 million industry, about 5,000 tobacco farmers, and about 5,000 cigarette-manufacturing workers," said Walden.

He noted that the industry has been fairly steady during the past five years, but may be better equipped now to take on a potential hit.

"Our agricultural industry has diversified. We're now a meat-producing economy - pork, chicken. We are into crops like corn and soybean, etc. So yes, tobacco is still important, but fortunately we've been able to diversify our farm economy as well as our broader economy," explained Walden, who added that the hope would be any potential legislation would come with a transition period to allow farmers and manufacturing employees to adapt or find new employment opportunities.

A spokesperson for JUUL Labs provided this statement in response to Stein's lawsuit:

"While we have not yet seen the complaint, we share the Attorney General's concerns about youth vaping, which is why we have been cooperating with his office and why we have taken the most aggressive actions of anyone in the industry to combat youth usage. We strongly advocate for T21 legislation, we stopped the sale of non-tobacco and non-menthol based flavored JUULpods to our traditional retail store partners, enhanced our online age-verification process, strengthened our retailer compliance program with over 2,000 secret shopper visits per month, and shut down our Facebook and Instagram accounts while working constantly to remove inappropriate social media content generated by others on those platforms. Finally, we continue to develop technologies to further restrict underage access."
Report a correction or typo
Related topics:
politicsncsmokinglegislationvapingcigarettes
Copyright © 2022 WTVD-TV. All Rights Reserved.
TOP STORIES
78,000 pounds of infant formula arrives in US
12-year-old girl escapes burning Cary home
'Absolutely terrified' teen boy dies hours after 'sextortion' scam
AAPI heritage celebration highlights cultures and traditions
Barbershop Buzz helps concerned men share fatherhood advice and tips
Biden pushes economic, security aims as he ends South Korea visit
Fate of 2,500 Ukrainian POWs from steel plant stirs concern
Show More
1 person injured in shooting in Fayetteville, police investigating
1 person is left seriously injured after 8 car crash in Durham
Runner dies after collapsing at finish line of Brooklyn Half Marathon
Volunteers at Raleigh church package meals for people in need
Russia's claim of Mariupol's capture fuels concern for POWs
More TOP STORIES News