It's was a full house Monday evening when advocates of the internet service Airbnb held a town hall meeting in Raleigh.

RALEIGH (WTVD) -- It's was a full house Monday evening when advocates of the internet service Airbnb held a town hall meeting in Raleigh.

Airbnb is a home sharing app. You can find a bed, a room, even an entire house to rent at the courtesy of locals. It's popular in more than 34,000 cities around the world.

Organizers of the town hall meeting in Raleigh said Raleigh is near the top of that list in the U.S.

"In the last couple of years, it's the number five city for users in Airbnb," said Jeff Tippett with Targeted Persuasion, who helped organize the town hall meeting at the Architect Bar and Social House.

The big problem though is that Airbnb is technically illegal in Raleigh.

"In most of Raleigh, short term rentals are not allowed," said Tippett.

Tippett said there are about 300 host homes in Raleigh. Many of those homeowners came to the town hall along with people who oppose the service as well as city leaders.

Supporters wanted to educate the public and answer any questions anyone may have. For example, there are concerns about safety and taxes.

"They found out tonight that they do pay taxes. They automatically assume there's no vetting process. Well they found out tonight there is a vetting process," said Mary-Ann Baldwin with the Raleigh City Council. "You heard people say they talked to their neighbors and their neighbors are like 'Oh, that's what we used to do in the Depression. This isn't innovative. This is something that's been done for years.' Airbnb just makes it easier to do it."

"In San Francisco, when you register for a home it shows you your room price, the cleaning fee, the service fee and then the city's taxes. Airbnb collects those and reports them to the municipality," said Tippett.

Outside of taxes, another concern was what if someone buys a home in a residential area for the sole purpose of operating with Airbnb with no intention of owner occupancy. That concern is something Baldwin, who supports Airbnb, said is on her radar.

"There is a big story going around. Somebody went to California, [and] stayed in this house in a gated community. It was six bedrooms, and there was a different person in each bedroom. That is the concern that people have, and they don't want to see that happen in their neighborhood. I think that is something we need to address," said Baldwin.

Another concern in the crowd was what benefit Airbnb brings to a city that the B&B, hotel, motel, rooming, and rental industry doesn't already provide.

Meg Crawford, who travels quite a bit, was among the more than 200 in the crowd at the town hall meeting.

"I've been able to experience the city on a whole new level given the fact that I can stay with people that actually live there," said Crawford.

Solutions to taxes, along with rules and regulations is not something that will be solved overnight, but it is something Raleigh City Council members present at the meeting are open to hearing about, which means they're not shutting the door on Airbnb in Raleigh.

City leaders in several cities, with varying rental laws, are learning to incorporate Airbnb in their tourism industries. They are creating new ordinances that work for them. There are pilot programs in the works right now. There are programs which city leaders are willing to review.

Planners of Monday's town hall meeting will bring the findings of the meeting to the city council on Tuesday. Then, at the end of January, they will present a list of solutions to incorporate Airbnb in Raleigh, without breaking the law. 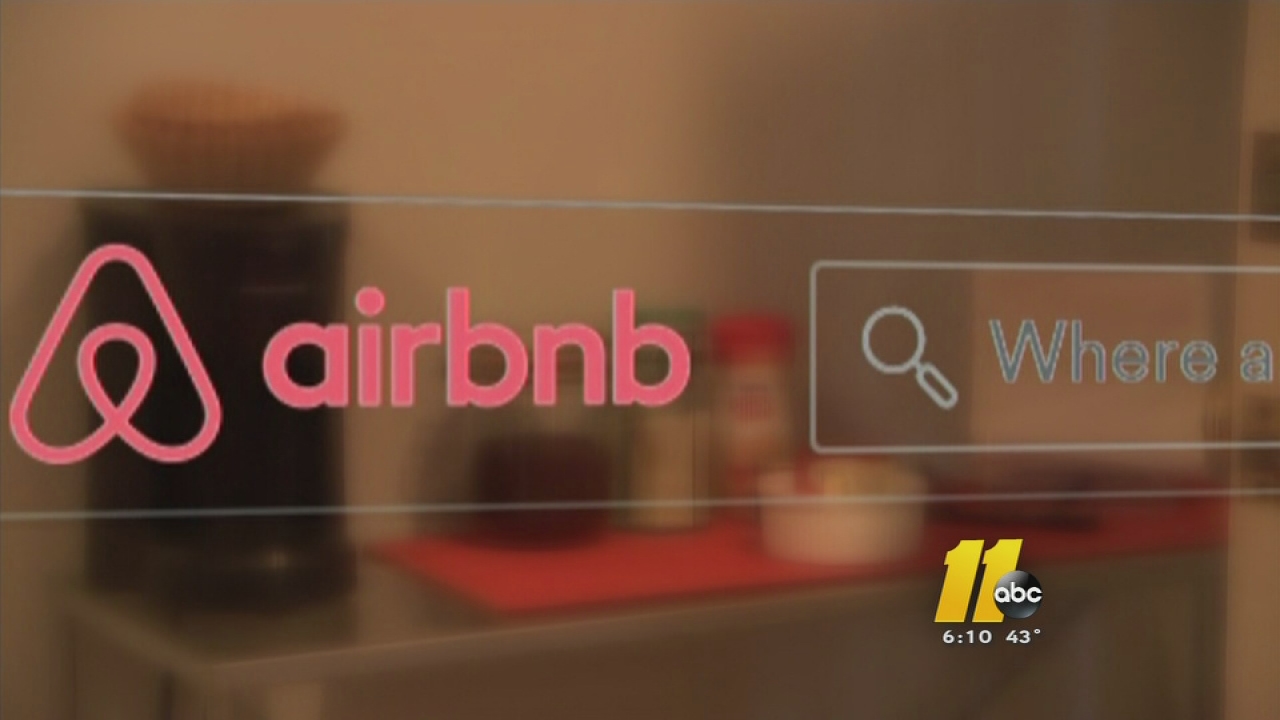