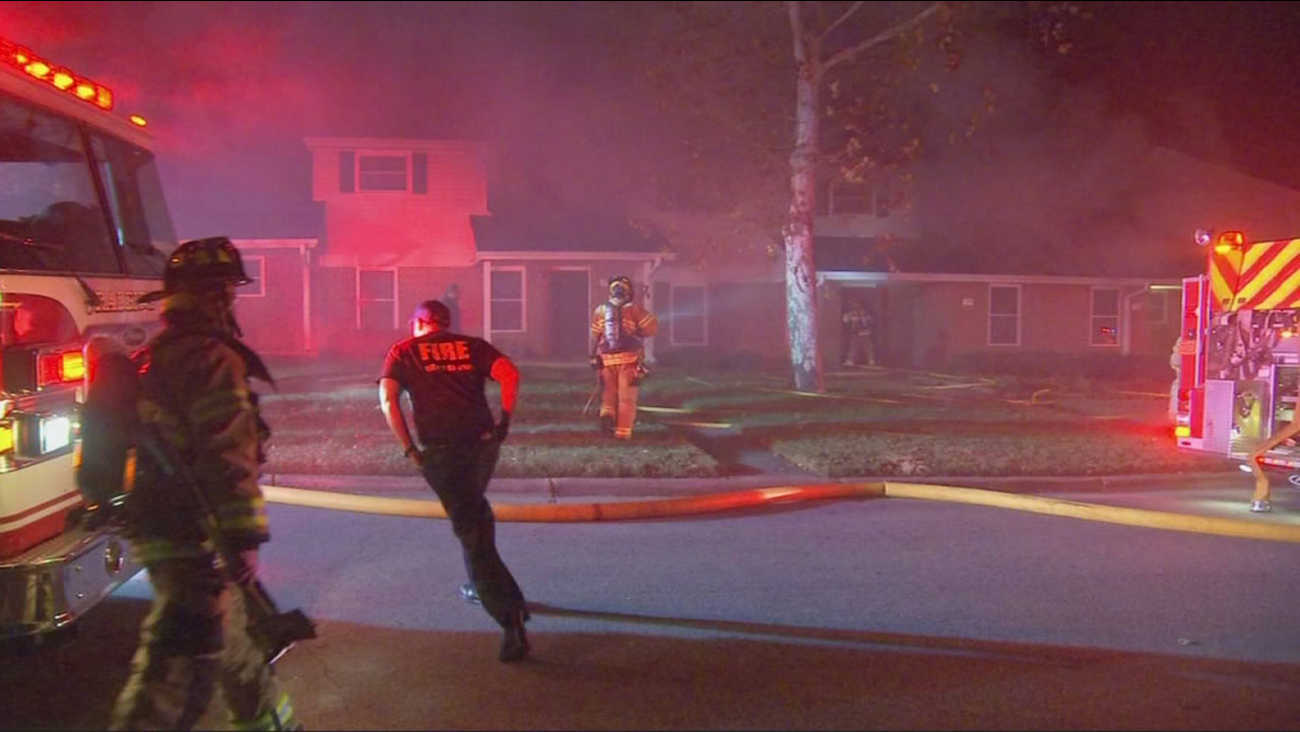 Several families were forced out into the cold after a Raleigh apartment fire early Wednesday morning. (WTVD)

RALEIGH (WTVD) -- Several families in Raleigh were forced out into the cold after an overnight fire that officials said was intentionally set.

The blaze happened at the Walser Place Apartment Complex on Montague Lane, just east of downtown.

When firefighters arrived around 2:15 a.m. Wednesday, smoke and flames were coming out of a top floor window of the two-story building.

The fire was contained to just one apartment in the six-unit structure. No one was injured.

According to an incident report, 10 percent of the building was damaged, with one of the units declared uninhabitable.

Fire investigators said the blaze was intentionally set, but no other details about the cause has been released at this time.