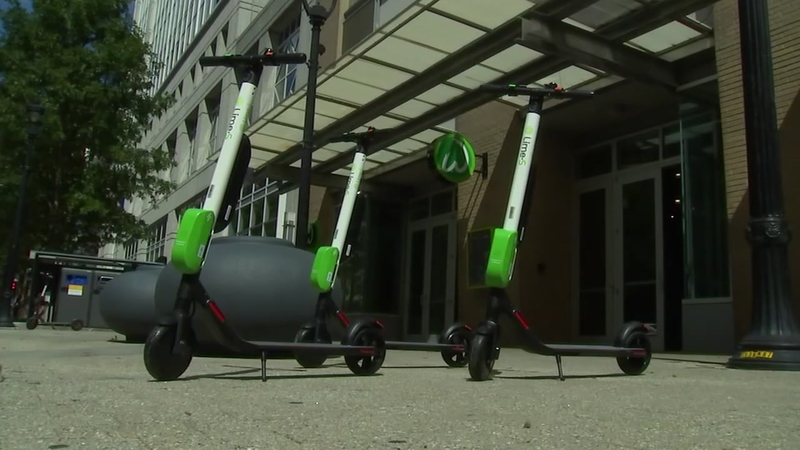 The agreement will include minor changes.

Here are some of the requirements the city is asking of companies operating the scooters:

Raleigh City Council Member Stef Mendell said they're not trying to ban the scooters from the city.

"People who say that this is a way to ban the scooters, they're just wrong," Mendell said. "We are trying to cover the cost of the enforcement. Our police department is stretched pretty thin as it is."

The Raleigh Police Department looked up the most recent incidents involving electric scooters and said there have been eight from October 13 to November 4.

"The reason that we're imposing a fee is not because we're trying to make money off of this," Mendell said. "That's not what we're about. But we do need to recover the costs that it's going to take to make sure we have appropriate enforcement so people aren't hurt by people behaving irresponsibly."

Alexander Nelson rides the electric scooters regularly around downtown Raleigh and is concerned the higher fees could mean higher rates for riders.

"The people that are riding the scooters, they'll have to probably end up having to pay higher fees," Nelson said.