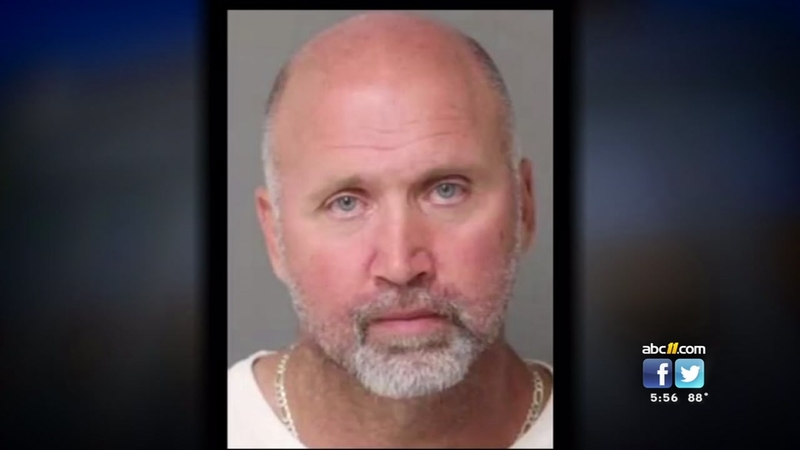 RALEIGH (WTVD) -- A Raleigh contractor accused of taking tens of thousands of dollars from homeowners was due in the Durham County courthouse today, but he didn't show up.

Roger Simmons was scheduled for his first court appearance relating to charges of obtaining property under false pretenses and failure to do work.

Now, a judge issued a bench warrant for his arrest, and he'll go back to jail if authorities can track him down. Because of the no-show, the judge doubled his bond from $10,000 to $20,000 if he's caught.

Saima McLamb is one of the homeowners that these charges relate too. She paid Simmons' company, Modish Remodeling, $12,000 to convert her garage into a bedroom for her elderly parents. As ABC11 reported last month, he never did the work and sent her a text saying she'd get a refund, but Saima said she never saw a dime.

"He's not going to give anyone their money back, but if he goes to jail we at least have peace," said Saima.

In that case, the Cary detective confirmed that warrants have been issued for Simmons' arrest on charges of obtaining property under false pretenses and failure to do work.

The Cary homeowner said she paid Simmons $44,000 for a screen porch, patio, and bathroom remodel that was never finished.

Simmons is no stranger to the law. He spent time in North Carolina prison for felony fraud charges.

In Virginia, he's racked up more than 40 judgments against him totaling more than $50,000. In Texas, he owned a remodeling company similar to Modish.

When ABC11 first reported on this, Simmons called and said he wanted to make it right with the customers. ABC11 tried reaching out to him after court today, but his phone number was disconnected.

Simmons' lawyer was present and told the judge she had recently been in contact with him and was surprised that he didn't show up in court.
Report a correction or typo
Related topics:
raleighthefthomeowners
Copyright © 2021 WTVD-TV. All Rights Reserved.
TOP STORIES
FEMA to send 50 ambulances, 100 personnel to NC
More Clouds, Scattered Showers Return
LATEST: Gov. Cooper to give COVID-19 update at 3 p.m.
J&J says 2nd dose of vaccine after 2 months results in more protection
Nurse, 46, dies from COVID-19 after refusing vaccine, brother says
Thousands raised for Navy vet after broken scooter video
Show More
Autopsy set to be performed on Petito; Laundrie remains missing
Mom of man, 20, killed in NCCU shooting says he was determined, loving
Is now the best time to sell your car?
How to find out if your information was part of a data breach
Powerball drawing yields no winner; lottery jackpot at $490M
More TOP STORIES News