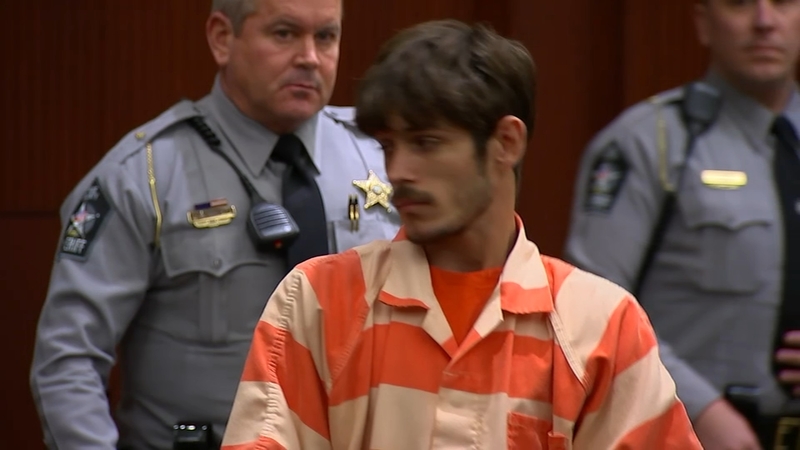 RALEIGH, N.C. (WTVD) -- A Raleigh convenience store clerk is recovering after a man robbed her with a knife and slashed her thumb nearly off her hand.

But Raleigh police say that was only the beginning of the crime spree.

The additional charges were filed after police say he fled the scene of the robbery at the Kangaroo Express store at 4330 Louisburg Road in north Raleigh around 11 p.m. Wednesday and went to an adjacent neighborhood.

Once there, they say Leuci barged into the home of a man and forced the resident to drive him out of the neighborhood.

But police arrived before the car got away and arrested Leuci.

"It was really wild. When we came out and we saw the police cars, I know there was at least 10 that were actually on the street, and they had their guns out. They had their dogs. And I was like, 'What is it?'" neighbor Mary Ann Hudson told ABC11.

Hudson didn't know what it was until Friday when ABC11 showed her Leuci's arrest warrants.

The first words she read were "a big knife."

The clerk at the store called 911 after the robbery, crying hysterically.

"He stabbed me. I'm bleeding everywhere," she told the dispatcher between sobs.

She explained that the man, who she recognized, had nearly cut off her thumb.

"He pulled open his jacket and he had a knife and he said, 'Give me the money.' And I thought he was joking because he's a regular," she said.

It wasn't a joke.

"I tried to fight him off and I know I'm not supposed to and he sliced my arm. I can't feel it," she cried.

A customer who had come into the store got on the phone with the 911 dispatcher.

You can hear her exclaim, "Oh, my goodness," after she took a good look at the clerk's wound.

Later, she tries to console the clerk, saying, "It's all right."

"What is this world coming to? That is just terrible. You're going to rob somewhere and then you're going to attack somebody that's working in the store trying to make a living. That's terrible," she said.

She was also concerned about her neighbor two doors down who was kidnapped and carjacked, saying it was just too close to home.

"I thank God that it wasn't me or my grandson because he was coming home," she said.

In his mugshot, Leuci has cuts on his face.

Police said that after he was arrested, he banged his head against the cage in a police cruiser.

And when they called a paramedic to treat him, they say Leuci spit in his face.

They then threw in an additional charge of misdemeanor assault on a government employee.