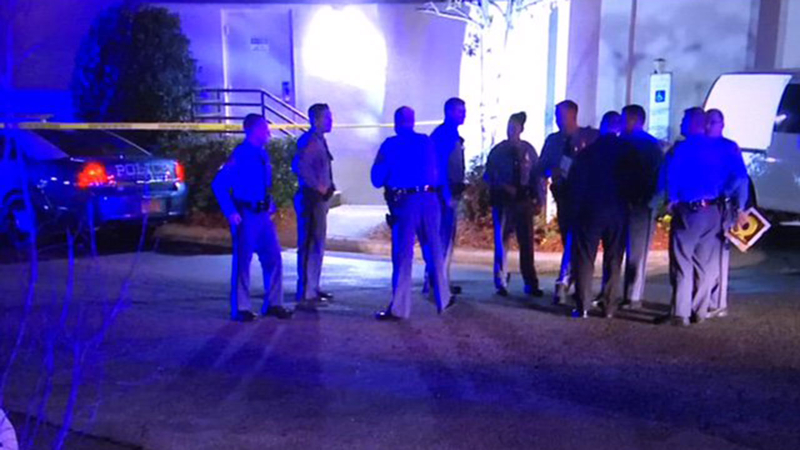 RALEIGH (WTVD) -- Raleigh police are investigating the deaths of two men after their bodies were found inside an SUV parked in a lot off Glenwood Avenue early Thursday morning.

The victims have been identified as 25-year-old Pedro Joel Reyes, of Raleigh, and 25-year-old Allan Uriel Rodriguez, of Wendell.

About 12:30 a.m., police officers were called to the parking lot behind Panera Bread and Comfort Inn and Suites at 6201 Glenwood Avenue after receiving a 911 call.

When officers arrived, they discovered the two men were shot to death. Their deaths are being investigated as homicides, according to police.

The mother of one of the victims confirmed to ABC11 that her son drove a black Honda SUV. The car the men were in appeared to be a black Honda Pilot.

She said police showed her a picture of her son taken at the murder scene and she positively identified him.

She was distraught - saying she couldn't understand what happened because her son was a good boy.

"He was a sweetheart," Juana Minerva Reyes said. "He wasn't violent. He wasn't involved in anything."

No arrests in connection with the shootings have been made at this time.

Anyone who has information concerning the incident or who was in the vicinity prior to the call and noticed anything unusual or noteworthy is asked to call Raleigh CrimeStoppers at (919) 834-HELP or visit raleighcrimestoppers.org for text and email reporting options.