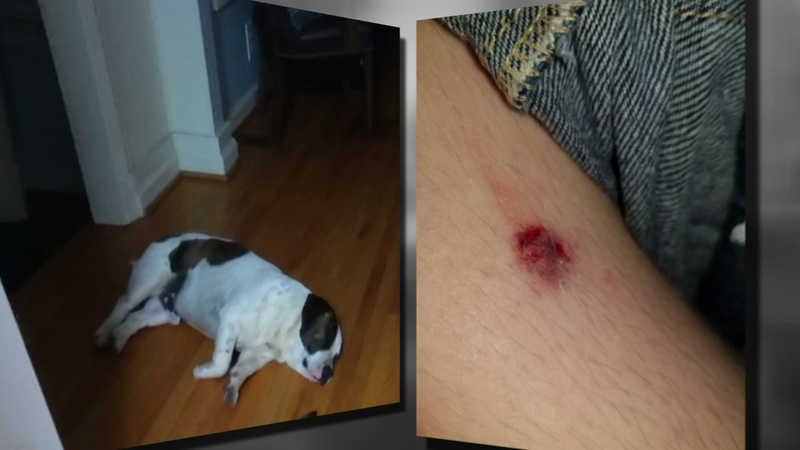 RALEIGH, N.C. (WTVD) -- Wake County Animal Control picked up two dogs from a home on Garrett Road in Raleigh on Thursday afternoon after receiving reports one of them bit multiple people.

Dr. Jennifer Federico with the Wake County Animal Center said the dogs will be in quarantine for the next 10 days.

Neighbors who called 911 Tuesday night described aggressive dogs coming after them in their yards. One woman said she was doing yard work at the time and had to use her rake to beat off one of the dogs.

Gloria Horton told ABC11 two of her four dogs escaped through a spot in her fence Tuesday. One of them ended up coming back that night, but the other was missing until Thursday afternoon.

A neighbor who helped Horton search for the loose dogs Tuesday said one ended up biting her 12-year-old son on the leg but he didn't need stitches.

A man who was walking in Horton's neighborhood that same night said the same dog bit him on the calf and bit his fiancée on her thigh before running off. He said neither bite broke the skin so they didn't seek medical treatment.