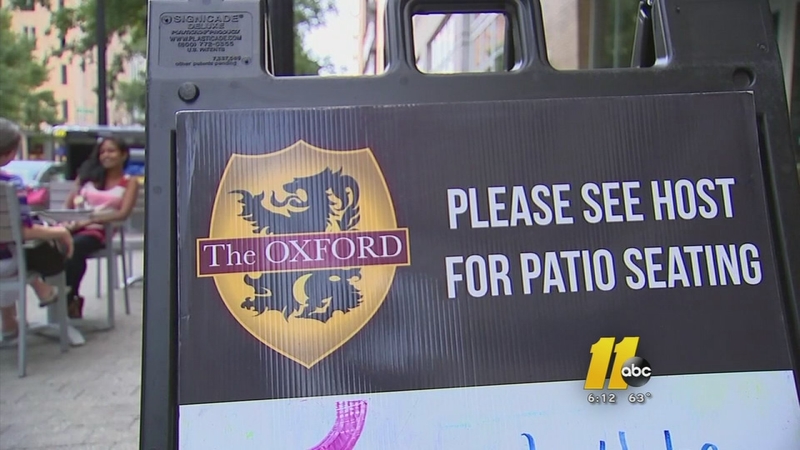 RALEIGH (WTVD) -- Get ready to pay when you visit downtown Raleigh.

Mayor Nancy McFarlane said she's been talking with downtown business owners who tell her charging for parking every night of the week would not only hurt their bottom line, but downtown's growth as well.

"I'd like to propose that we sort of ease into the idea of starting to pay for parking downtown," McFarlane told the council.

The mayor proposed charging "5 at 5," meaning charging drivers who park in city-owned decks $5 starting at 5 p.m. on Fridays and Saturdays only.

City staff clarified that anyone parking before 5 p.m. would be charged the hourly rate in addition to the $5 flat fee when they leave.

Council also voted 6-2 Tuesday, to push back the closing time for downtown businesses' patios to 2 a.m. on weekends, loosening the outdoor seating restriction it approved in August.

Raleigh city council votes 6-2 to push back patio closing to 2 a.m. on weekends, revisit other restrictions in late spring. #ABC11Eyewitness

Councilors, with the exception of Wayne Maiorano and Kay Crowder who voted in opposition, also approved a staff recommendation to hire two more inspectors to enforce the city's outdoor seating ordinance.

The council is sending a hotly-debated component of the ordinance, a requirement that businesses install stanchions to rope off their clientele along the public sidewalks, to the Appearance Commission for further review.

Staff will also reevaluate the restriction that restaurant and bar owners maintain space for only one customer per 15 square feet.

McFarlane said she has been talking with business owners throughout the last 90 days that the ordinance has been enforced, and understands the requirement is too restrictive.

"I don't think Rome was built in a day and I know this kind of issue's gonna take time," said Zack Medford, a downtown restaurant and bar owner who's led he charge against patio restrictions. "But, the thing is that Raleigh and city council's listening to this community and we're taking steps to fix these problems while working together."