RALEIGH, N.C. (WTVD) -- Surveillance video has been released after two cars wrecked and then one car hit pedestrians on a downtown Raleigh sidewalk Sunday night.

Five of the victims were taken to WakeMed; they are all expected to live.

The wreck happened at the intersection of Salisbury Street and Edenton Street.

Officials said one woman was pinned underneath a car and had to be rescued. 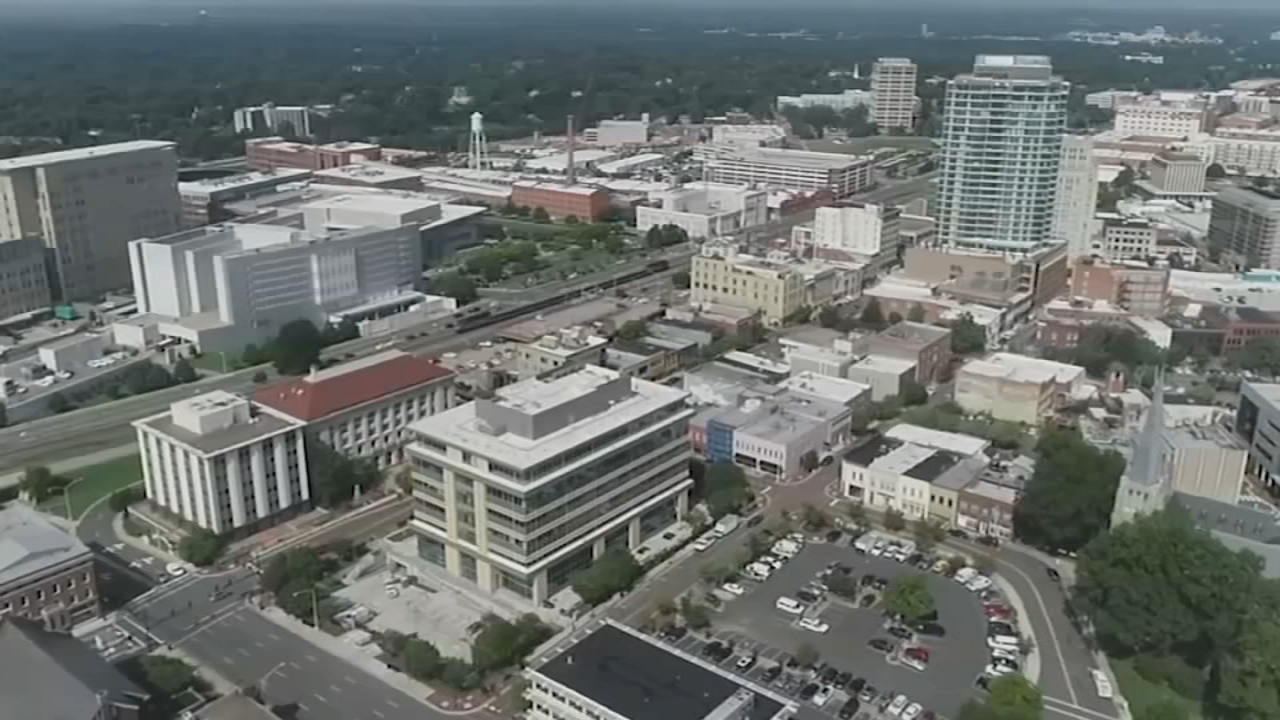