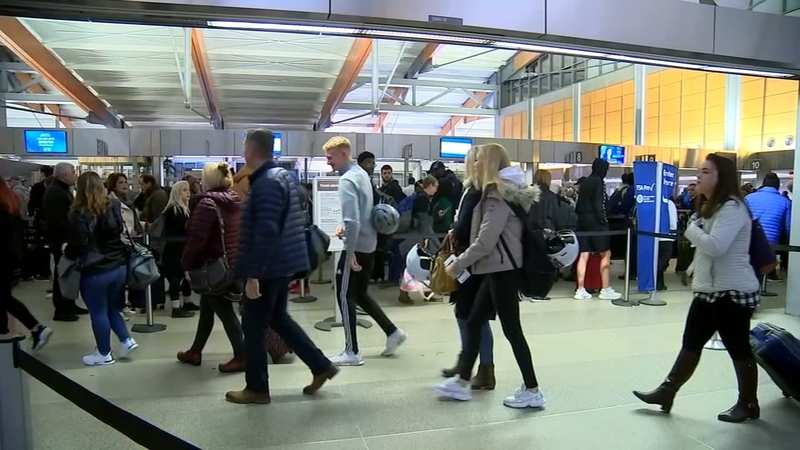 42 million expected to travel for holidays

RALEIGH (WTVD) -- Raleigh-Durham International Airport expects more than a million passengers to pass through its terminals this December, a seven percent increase over December 2018.

In a statement, Crystal Feldman, vice president of communications, government and community affairs at RDU, says she expects the busiest December in the airport's history. According to RDU, the airport already set its single-day record on December 1 with almost 55,000 passengers moving through the airport.

Nationwide, the Transportation Security Administration expects approximately 42 million people to pass through checkpoints between December 19 and January 5, nearly a four percent increase over last year's numbers. At RDU, officials say the busiest days may be December 22, December 23 and January 5.

Are you flying for the holidays? Our busiest travel days will be Sunday, Dec. 22, Monday, Dec. 23, and Sunday, Jan. 5. pic.twitter.com/U1cifgcJJA

In order to avoid slowdowns at the airport, Feldman recommends travelers arrive early to find a parking space, get through security and make it to their gate. The airport also recommends leaving presents unwrapped, as TSA officials may need to unwrap them at security checkpoints.

With heavy traffic expected through the holiday season, be sure to arrive at least two hours early for your flight. Find more parking and security checkpoint tips: https://t.co/kCbQ9xdmzL pic.twitter.com/XOmd1pz9ew