Family, school in mourning after 16-year-old killed in Raleigh crash 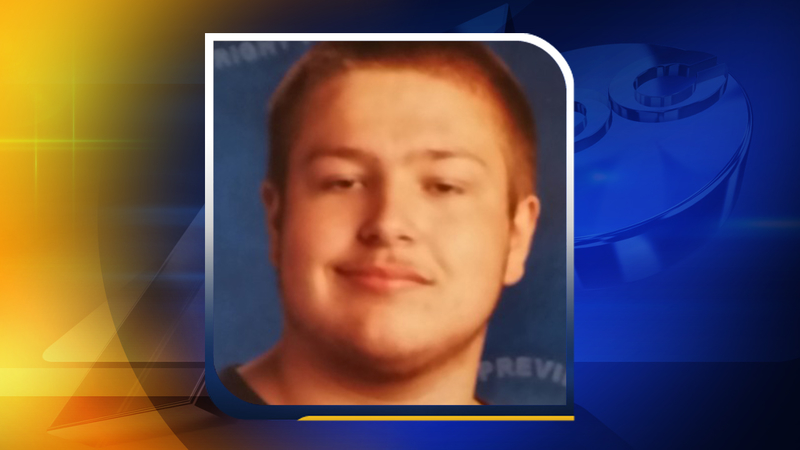 Wednesday morning, the high school honored him with a vigil near the baseball field. Some members of his family planned to attend too, as they try to come to terms with their sudden loss.Eason's grandmother said she last saw him alive, when she said g

Edward Tyler Eason died when his car collided head-on with the truck just before 7:45 a.m. on Forestville Road near Old Milburnie Road in Raleigh.

Eason was a junior at Knighdale High School.

Thursday morning, the school honored him with a vigil near the baseball field. Students told ABC11 Eason's aunt and grandmother both attended. About 150 students were in attendance.

Eason's grandmother told ABC11 Wednesday that she last saw her grandson alive before he headed off to school that morning.

When news of the 16-year-old's death reached his classmates, they started flooding social media with condolences. It was a small comfort to his family trying to understand why.

"He was doing great in school," his mother Debra Eason said. "My baby was going to be everything! He didn't cuss! He didn't smoke! He didn't do drugs! None of that!"

We playing hard this Friday for you bro. #RIPTylerEason

"Everyone was sad, and it was kind of a quiet, mopey day," said senior Nysia Covington.

Word of the accident spread quickly to school faculty. Knightdale High graduate Teressa Whitley was on campus at the time helping seniors fill out college applications.

"It gave me a feeling of sadness knowing that one of our fellow students passed away," she said.

The person in the Raleigh vehicle, Michael Worner, was taken to WakeMed with non-life threatening injuries. He was treated and released, according to a hospital spokesperson.

Neither vehicle had any passengers.

Prayers go out to the Eason family today.Tmrw there will be a school wide prayer circle to commemorate his life @7:45.There will be no FCA.

North Carolina State Highway Patrol Public Information Officer Jeff Gordon told ABC11 that Eason was traveling 10 miles over the speed limit when his Suzuki crossed the center line into the path of the truck. He said there will be no charges filed.

A GoFundMe page has been set up to help with funeral expenses. CLICK HERE FOR MORE