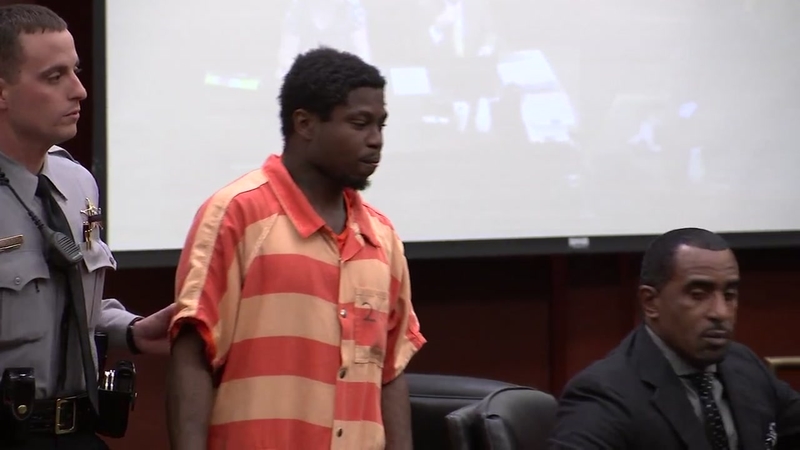 RALEIGH, N.C. (WTVD) -- A Raleigh woman said she was sexually assaulted by a man who was working at a popular restaurant in the Five Points area.

Anastasia Brown said she was walking home from the store last night when she struck up a conversation with a man who was taking a smoke break outside the back door of The Point restaurant.

"I'm very gregarious and also very kind. And that leads me to talk to people even if I've just met them," the 21-year old Brown told ABC11.

She said she had no idea that the man, Samuel Aghimien, had been arrested seven times in the past five years in Wake County.

Neither did the owner of The Point who says he hired Aghimien to wash dishes a couple of weeks ago.

Brown says Aghimien did tell her he had been in trouble with the law.

"He told me he was on probation for cocaine," she said.

But court records show Aghimien is actually on probation for assaulting a woman back in July.

If Brown had known that she likely wouldn't have walked to a bench at nearby Underwood Elementary to continue the conversation.

She says that conversation soon turned to inappropriate touching.

"He moved closer and he put his hands up my shirt and down the back of my pants. He also ran his hands through my hair and brought his face to me and kissed me. And when I pulled away, he would just laugh," she said, and she added that, "At that point, I was feeling very, very uncomfortable and kind of scared of him."

Aghimien faced a judge for the first time Wednesday afternoon at the Wake County Justice Center on charges of sexual battery and violating his probation.

He told the judge he didn't do it.

"I'm not violating probation. I'm not guilty," he said.

The judge told him the hearing was not to determine guilt or innocence and then appointed a free attorney.

On his court papers, Aghimien's address is listed as "anywhere Raleigh" a designation often given to homeless people.