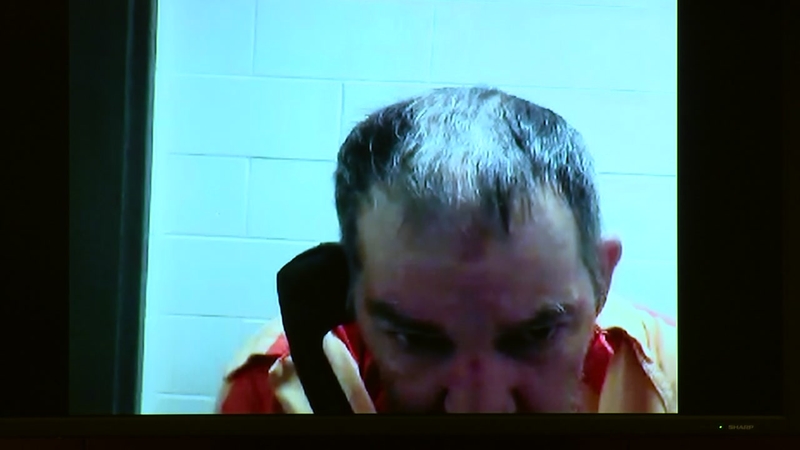 RALEIGH, N.C. (WTVD) -- An arrest warrant charging a Raleigh man with felony indecent exposure says his victim was a 9-year-old girl at a school bus stop.

In a 911 call, a mother in Southeast Raleigh's Chastain neighborhood says there were numerous victims.

"My son just called me, they're standing at the bus stop and an old white man came out of his house from that address that I just gave you and exposed himself to all the children at the bus stop," the caller told the 911 dispatcher.

"Two police officers had the gentleman handcuffed on the back of the car yesterday. I don't know what was going on or what happened either," Gerald Johnson told ABC11.

After being told about the charges, 55-year old Scott Nolan - felony indecent exposure involving a child - Johnson said, "That's sad, man. And if he did that we need to take care of this in the neighborhood because there's a lot of kids out here. A lot of them."

Mother of three Assie Traora was also surprised to hear of the crime because her child sometimes uses the bus stop.

"It is close to home with my oldest one is nine. And I can imagine something like this happening to him. It's very disturbing, you know. And it's not safe," she said.

Nolan could not be brought to court in person to face a judge for the first time because he is in protective custody.

Instead, his hearing was held via a video conference from jail.

He lives in a group home in the neighborhood just a few doors up from the bus stop.

A staffer there told ABC11 Nolan has mental problems.

Referring to the crime, Traora said, "It's not nice and it's not safe for the kids. And I think it's bad. We don't need somebody like that around the kids around here."

But that doesn't necessarily mean all neighbors are opposed to having a group home in the subdivision.

Johnson said, "We have to have group homes for people, you know, that have problems. So I'm not going to say, you know, it's a bad thing."

That spurred Traora to consider asking parents to be more vigilant.

"They should go the bus stop with their kids and wait until they get in the bus and they can walk away. Usually, I wait with my kids until the bus gets there," said the mother of three.
Report a correction or typo
Related topics:
raleighwake countyindecent exposurestudent safety
Copyright © 2021 WTVD-TV. All Rights Reserved.
TOP STORIES
Uber adds new safety feature for Raleigh, Durham riders
LATEST: COVID positivity rate above 9% for second time in 2 weeks
Reaction after money in walls of Lakewood Church, which Osteen heads
NC Chinese Lantern Festival seeing record attendance
Major outage hits Amazon Web Services; many sites affected
Mark Meadows to halt cooperation with January 6 committee
Show More
Amber Alert issued for 1-year-old Randolph County girl
Man found dead inside burning Cumberland County house
Toyota to build lithium battery plant in NC
50 mutations in omicron could be its downfall, data shows
Why feds are warning it could take months to get a passport
More TOP STORIES News