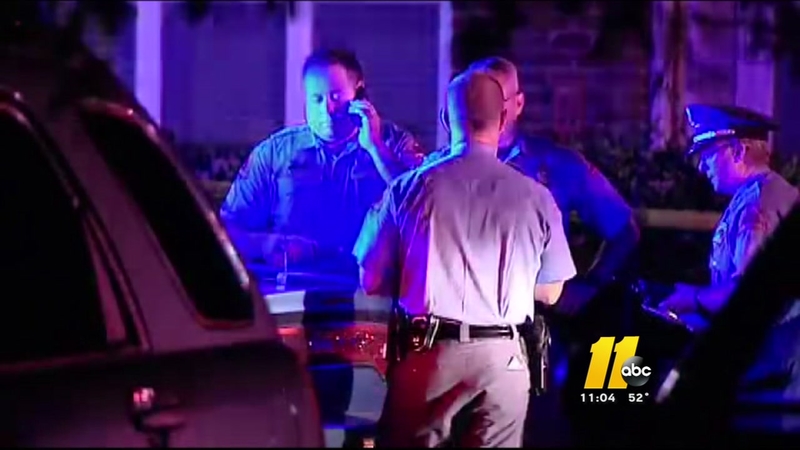 RALEIGH (WTVD) -- On Thursday, the ABC11 I-Team first reported a burglary at a home on Plainview Avenue in Raleigh that happened on Tuesday night.

Surveillance cameras outside of the home recorded the culprits on their bikes as they rode toward the house.

Cameras inside recorded them coming up the stairs and captured them as they ran off once the owner and her dog surprised them.

They ran as the owner right away called 911.

In a news release Friday night, Raleigh police said the first call came in at 6:38 p.m. But when they released the calls this week, the time stamp on the first call is at 6:34 p.m.

The department explained the time difference as 6:34 is the time the call hit the Emergency Communications Call Center (ECC) phone system - the ECC receives the 911 calls.

The "6:38" is the time the dispatcher/call taker presses the F12 key to initiate the call and create the incident in the CAD (computer-aided dispatch) system.

Still, whichever time the first call happened, the woman called 911 back when more than 20 minutes passed and police hadn't shown up.

When she called back, she was told police were diverted to a shooting and officers would soon be on their way.

Neighbors told ABC11 that it was after 7:15 p.m. when police finally showed.

Raleigh police initiated an internal investigation and sent this update:

The preliminary investigations revealed that at 6:38 p.m. on Dec. 19, the Emergency Communications Center received a residential burglary in progress call, which is a high priority call. The call was incorrectly entered with a lower priority status. Consequently, the call went into a pending status until 7:17 p.m. when it was then dispatched to Raleigh Police Department officers. An officer responded to the complainant's address, arriving at 7:24 p.m.

This unfortunate incident was not an RPD staffing issue; it was a miscommunication issue that should not have happened. Each department is looking internally to see how situations like this can be avoided in the future with a goal of being more efficient and effective.
Raleigh Police Department command staff and Emergency Communications Center management met with the homeowner this morning and informed her of the findings. The investigations are ongoing.