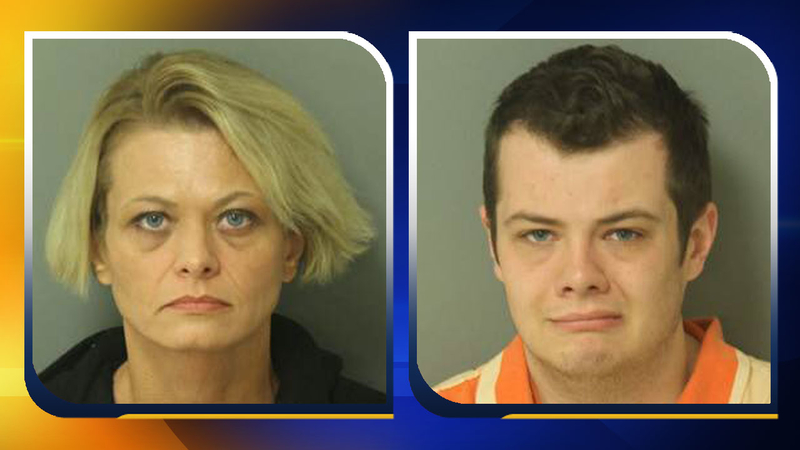 WAKE COUNTY (WTVD) -- The Wake County Sheriff's Office has charged a Raleigh mother and son with conspiring to murder the son's father.

Dates listed on the warrants show deputies accuse Steven and Tammy of conspiring to the murder since late May.

After court Tuesday, Donald Franklin's daughter, Savannah Franklin, said that her father is making the story up. She said he set up her mom and brother.

She said that he was sexually abusive toward her since she was 5 years old, and that he physically abused her mom and brother. She said her mom was trying to file for separation from the man she'd been married to for 27 years.

"She was in the process of leaving him due to him harassing her every single day," said Savannah.

According to Savannah, she filed a restraining order against her dad Monday.

Despite sheriff's deputies having enough evidence to charge her brother Steven with stabbing her father, Savannah said he is incapable of such violence.

"No, he would never do anything in the world like that," she said.

Savannah said her brother is a student at East Carolina University and just landed a CPA job in Washington, D.C. She said he'd never compromise such a bright future.

ABC11 has been unable to make contact with Donald Franklin so he can comment on the accusations of abuse.

Sheriff Harrison said Franklin moved out of the family's north Raleigh home after the Oct. 31 incident and back to Battleboro. Savannah said the family had just moved to Raleigh from Battleboro in July.

Deputies charged Steven with assault with a deadly weapon with intent to kill, and Tammy with felony accessory after the fact.

Both are being held in the Wake County Detention Center, Steven under $1 million bond, and Tammy under $1.25 million. Both are due in court Tuesday afternoon.

Judge Eric Chasse denied Tammy's request to lower her bond. Both Tammy and Steven are due back in court Nov. 30.