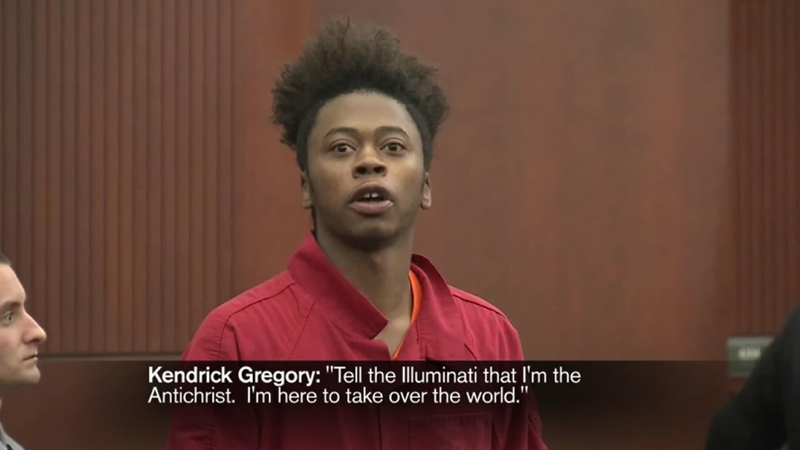 RALEIGH (WTVD) -- The man accused of a violent crime spree in Raleigh yelled "I am the Antichrist" and The Empire State building is going up in flames," as he entered a Wake County courtroom Tuesday.

The man accused of crimes including rape & murder also yells, "The Empire State building is going up in flames." pic.twitter.com/SYm8efcFfw

Kendrick Keyanti Gregory's outbursts came as he appeared before a judge for his third court appearance following his extradition from New York last week.

The 21-year-old Wake Forest man is accused of an August crime spree that included the robbery and killing of Mr. Pawn owner Thomas Durand, the rape of a 15-year-old girl, and a robbery and shooting of a man outside a Knight's Inn on Aug. 31st.

He was later arrested in New York City on Sept. 1 during a traffic stop. Authorities there said he was driving a stolen vehicle and cops recovered two guns inside the vehicle.

Gregory faces a first-degree murder charge, and has been assigned an attorney for his probation violation.

"That offense is a Class A felony which carries a maximum possible punishment of the death penalty or life without parole," a judge told Gregory during his court appearance last Thursday.

Gregory's bond sits at $2.1 million. His mother has told ABC11 that her son has mental issues.