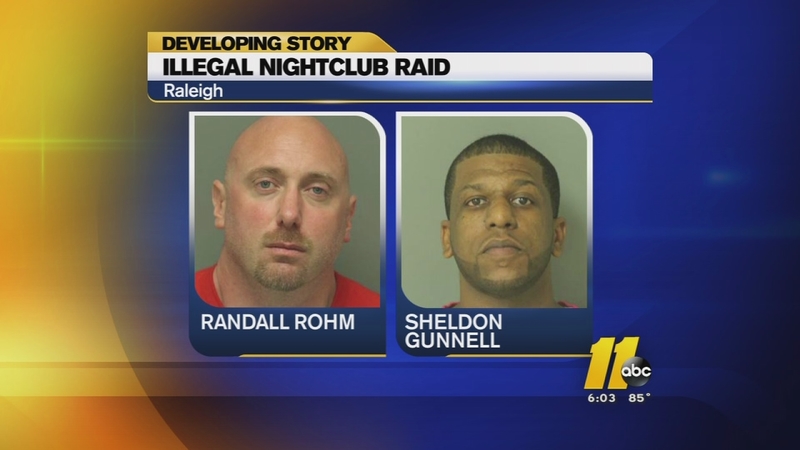 It happened at the Luc Lounge on Paula Street. Authorities say the club was selling alcoholic beverages without an ABC permit.

On July 13, the club's permits were cancelled by the N.C. ABC Commission after an investigation of illegal sales and ownership. The Luc Lounge stayed open and kept selling alcohol, according to authorities.

Randall Rohm, 40, and Sheldon Gunnell, 30, were charged with selling alcoholic beverages without an ABC permit.

Police say an employee acting as a security guard was charged with carrying a firearm unlicensed.

Four other people were charged with misdemeanor drug charges and outstanding warrants.

Agents seized a handgun, $20,518, and about 500 liters of liquor and beer according to authorities.