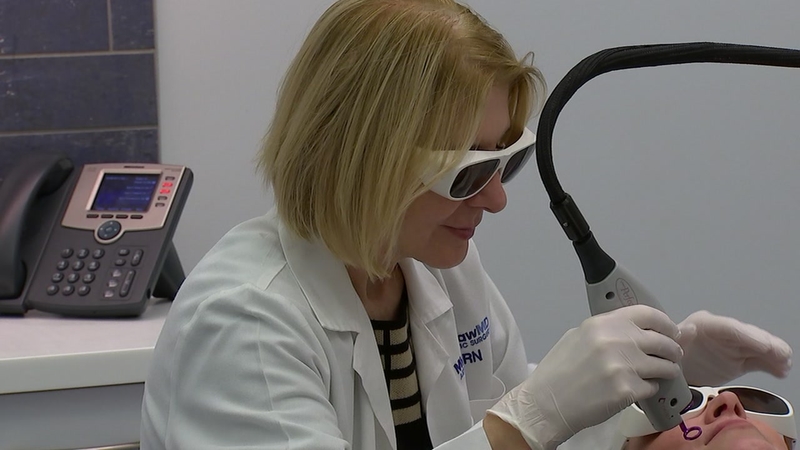 RALEIGH, N.C. (WTVD) -- A bank account has been set up to help Raleigh police officer Charles Ainsworth, who was shot multiple times Jan. 9.

Concerned residents who want to help Ainsworth and his family can do so at any State Employees Credit Union branch and make a donation to the "Charles Ainsworth Recovery Fund."

To make a donation, please write checks to "LGFCU" and in the memo line indicate the deposit is for The Charles Ainsworth Recovery Fund. Donations may also be mailed to:

Support is also coming in from other people and businesses.

Blue water Spa will hold a fundraiser Sunday, Feb. 10 from 1-4 p.m. All proceeds made during the three-hour period will go to Ainsworth. You will need to make an appointment if you'd like to participate. Click here.

The Flying Biscuit Cafe in Raleigh raised money for Ainsworth and his family during its 10th anniversary.

There are numerous ways you can help injured Raleigh police officer Charles Ainsworth.

Some state employees are donating their hours to Ainsworth's wife, who is a teacher at Dillard Road Middle School, so she can continue to stay by her husband's side.

She is in her first year teaching there and ABC11 was told she has exhausted her sick-leave time.

Those who want to help donate days off to her can do so by filling out this form.

A GoFundMe page that was set up purportedly for Ainsworth has raised more than $75,000. The Ainsworth family, however, and Raleigh Police Department have not endorsed the page.

It was set up by the Wake County chapter of the North Carolina Sheriff Police Alliance.

"It's just very hurtful," Chapter President Dave Blackwelder told ABC11. "I just was trying to do the right thing. I didn't know that it would have this much controversy "

Blackwelder said the family wants the money now, but he can't legally write a check to anyone other than Ainsworth since the page was set-up in his name.

"I set it up with the best intention. I wanted to help a fellow officer. I care about law enforcement, I've been doing it for a long time and you know, I did it to help a fellow officer," Blackwelder said. "My understanding is if, God forbid, something happens to him, it (the money) would go to his estate. Hopefully, that doesn't happen. I think that he's in recovery. As soon as he is able to say 'put it in this account' it's going into that account. I want nothing more than to give him the money."