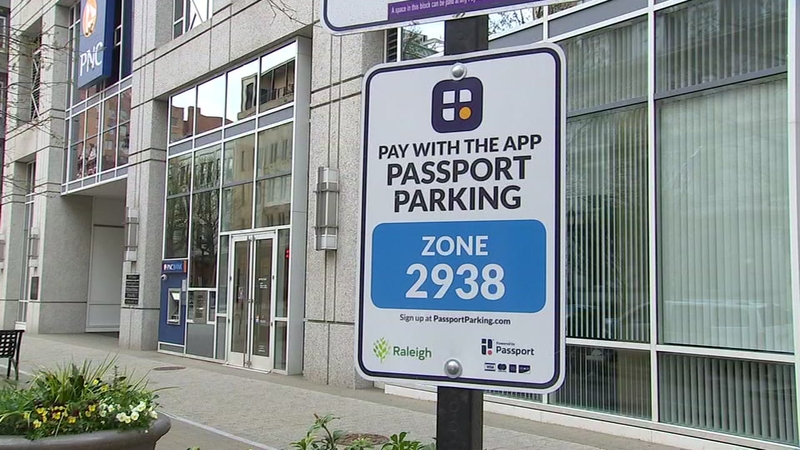 RALEIGH, N.C. (WTVD) -- Drivers in downtown Raleigh now have another option when paying to park - an app that lets you pay and extend time for a parking spot from your cellphone.

"Anything that makes it easier for consumers to come downtown and get around, I think it's a good idea," said Brian Habeeb, who works downtown.

Habeeb has worked downtown for several years. He says he will definitely download the Passport Parking app on his phone.

You download the Passport app, put in the zone number, then your space number, how much time you want to put on the meter and then you pay.

"Parking is already a hassle so one thing that makes it easier--I'm for it," Habeeb said.

The city tested the Passport Parking app on Hillsborough Street in November 2016.

The app tells you how much time you have left on your meter, and you can extend the time on your app, as long as you haven't exceeded the posted time limit in that parking zone.

But you'll also have to pay a 25-cent convenience fee for each transaction.

"Parking is the first thing and last thing that people do when they come to visit Raleigh. We want to make sure that is as seamless of an experience as possible," said Matthew Currier, City of Raleigh Parking Manager.

City officials say other than making parking more convenient, they're also hoping the countdown feature on the app will mean less people will get parking tickets.