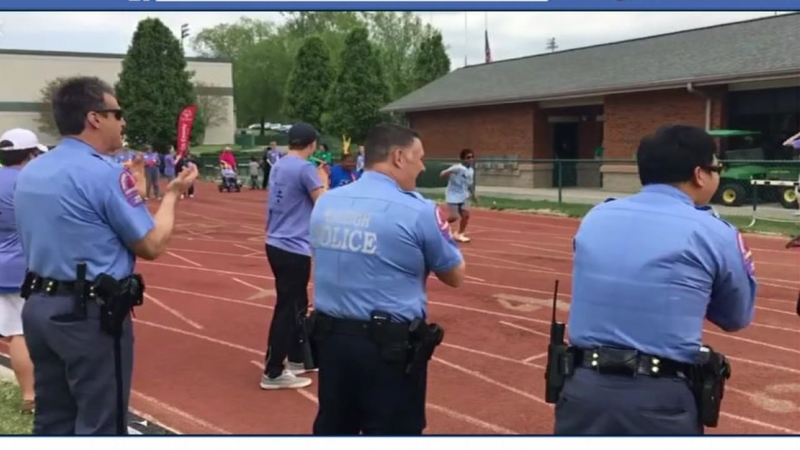 Raleigh Police raise money for a good cause

RALEIGH, N.C. (WTVD) -- The North Carolina Special Olympics winter games begin this weekend with the help of donations from Wake County residents collected by Raleigh Police Department officers. The department announced on Facebook that it raised $30,000 in 2018.

Throughout the year, you may have seen officers running through the streets with a torch or standing at drive-thru windows collecting donations.

Officers also raised money by facing off on the ice against Carolina Hurricanes alumni.

Raleigh detective Beth Machado helped coordinate the effort. She says she has been helping raise money for Special Olympics since she was a middle school student.

"Just to see the athletes smile and to have them feel like they are part of a team and feel included feel like winners, that's what it's all about," said Machado.

The 2019 Special Olympics Winter Games include competition in downhill skiing and snowboarding at Appalachian Ski Mountain between Blowing Rock and Boone. Athletes get instruction, then compete against fellow athletes.