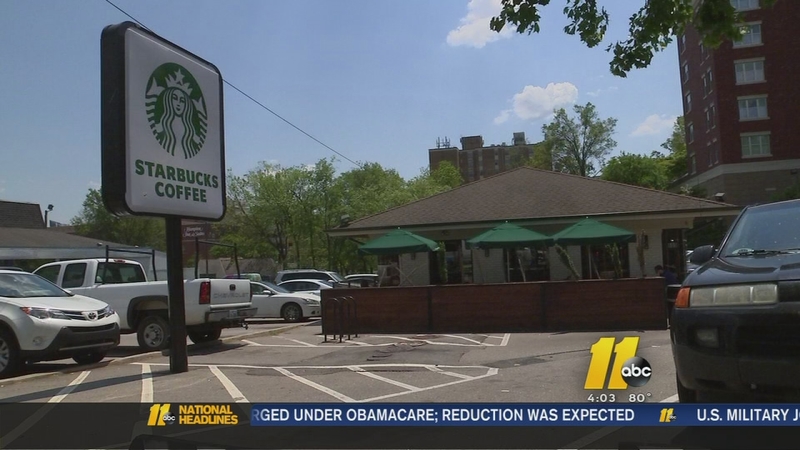 RALEIGH (WTVD) -- A Raleigh police officer who was given a free cup of coffee by Starbucks is now suing the company after he spilled it and got burned.

In the lawsuit, Matthew Kohr, a lieutenant with RPD, said the lid popped off the cup of coffee he ordered at the Starbucks on Peace Street in January 2012 and the cup collapsed.

Kohr claims the incident caused such severe stress it activated his Crohn's disease which resulted in surgery to remove part of his intestine.

Kohr was joined by his wife in court Monday. She is also a plaintiff in the lawsuit - claiming loss of her intimate partner.

Kohr initially sued the maker of the coffee cup too, but the only defendant left in the case is Starbucks.

People buying coffee at the same Starbucks Monday said they were surprised by the lawsuit.

"It's a tough predicament. I think, when something like that happens, especially given that it was a free cup of coffee. I think, you know, they are trying to go out of their way and do something good for somebody whose putting their life in the line of duty every day," offered Max Isaacson.

"It's easy to sue anyone for anything these days. The fact that he dropped hot coffee in his lap, he needs to take responsibility for his actions," said Amber Mohammad.

Jury selection in the case is underway.

Starbucks told us it can't comment directly on the case, but did say: "At Starbucks, the safety of our customers and partners (employees) is our top priority and we take our obligation to provide safe products very seriously."