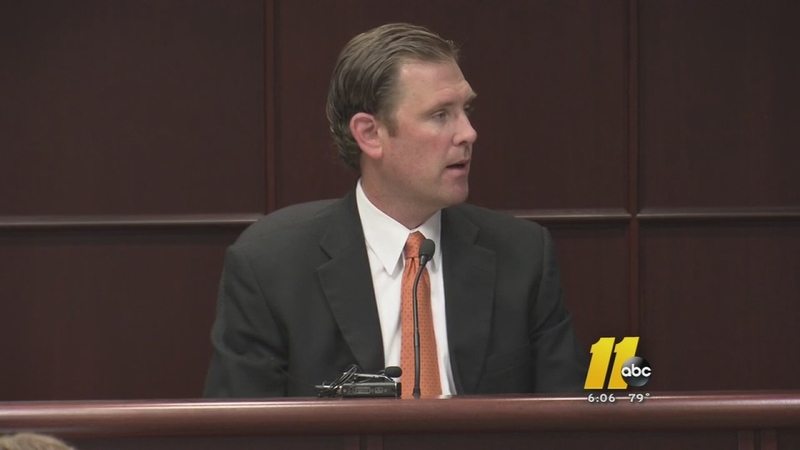 Matt Kohr is suing Starbucks for $750,000 after he was burned by what he says was an extremely hot cup of coffee that spilled in his lap at the company's Peace Street store in Raleigh in January 2012.

It quickly became apparent that Starbucks had left no stone unturned when it came to digging into Kohr's background. The company's attorney, Tricia Derr, ended her cross-exam with this exchange:

"You were on Facebook two days after the burn," she noted to Kohr.

He responded with a terse, "Guilty."

Kohr said he is suing not only because of the serious burns but because the stress of that injury activated his Crohn's disease. And that, he claims, lead to surgery to remove a foot of his small intestine.

But Wednesday, Derr read from medical records a list of more than two dozen times Kohr has been treated for Crohn's flare-ups in the past 15 years.

Another testy exchange came when Derr noted that Kohr hired lawyers just two weeks after his surgery and three months after he was burned.

"So you had already signed a release for your medical records and retained Mr. Johnson and Mr. Nelson by April the third of 2012," Derr asked.

Kohr turned, looked directly at jurors and said, "Yeah. I'm not ashamed of that. I did."

Near the end of Wednesday's session, Kohr's attorney called a colleague from the Raleigh Police Department who was with him when the coffee spilled. Kohr has said the lid popped off his coffee right after he sat down at a table and that the cup collapsed spilling his lap. However, Officer Thomas Silluzio told jurors he didn't specifically recall the cup collapsing.

Under cross examination, Silluzio said, "I think he was startled by lid popping up in the air and that caused him to jolt."

"To jolt. And what does 'jolt' mean in your vocabulary," Derr asked.

Silluzio responded, "Well, yeah, a movement. I think it's fair to say that."