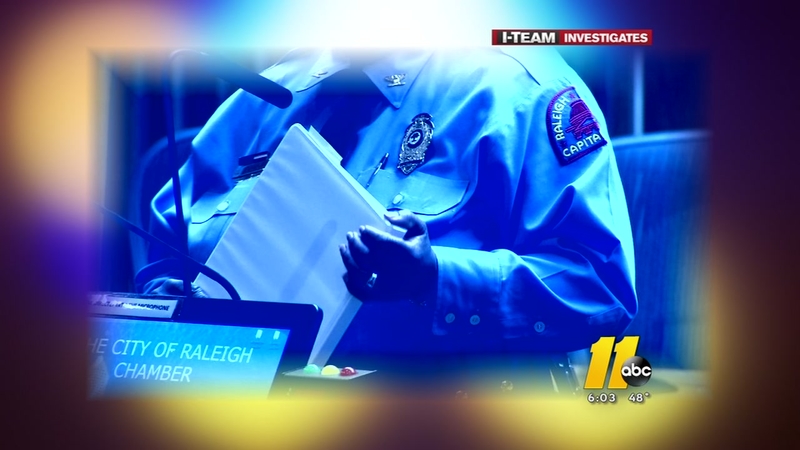 Deck-Brown read through a PowerPoint presentation outlining the new policy at Raleigh City Hall on Tuesday and Thursday. Critics such as the ACLU of North Carolina give it low marks in areas such as transparency and officer discretion. Others say the policy doesn't go far enough to balance protections for police departments with those for the public.

Triangle defense lawyer Scott Holmes said the law should be more nuanced in how it treats body-cam video that's shot in different places.

"When police go into someone's home, pursuant to a search warrant or without a warrant, they're already invading that person's privacy," Holmes said. "And then to allow the footage of that to become public or released or disclosed would violate that individual homeowner's privacy interests in a way that would be really irreparable.

"The other side of that coin," Holmes continued, "is that things that happen in public, when police engage people in public, then that ought to be public; because we have a strong interest in monitoring the way in which our police engage people in public. And just because it's part of a criminal investigation and just because an officer may have engaged in misconduct and that may be part of the personnel file, that should not remove what is essentially a public interaction from the public domain."

The group Upturn recently released a scorecard on body-camera policies for 75 police departments across the country. Among the findings listed in the report: