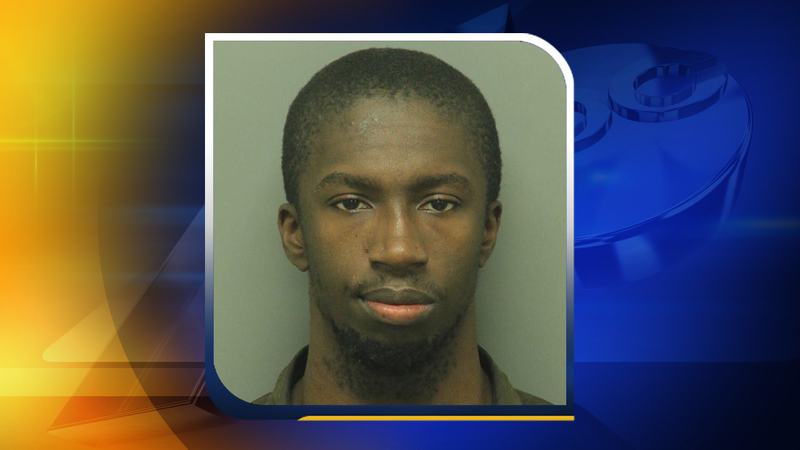 It happened on University Court off Lake Dam Road near Lake Johnson as officers responded to a burglary call.

The report says Master Officer T.A. Duford, Master Officer R.D. Vanhouten, and First Class Officer C.N. Chandler were the first to arrive. When they got there, they were told 28-year-old Chijioke Kennedy Madueke had been evicted from an apartment, but had returned, broken in, and remained inside.

Officer Duford attempted to speak to Madueke through a bedroom door. He opened it slightly, but stepped back with a kitchen knife in his hand.

The report says Officer Duford pulled out his gun and ordered Madueke to drop the knife several times. Then, Madueke rushed at officers Duford and Chandler with the knife in his hands. All three officers shot him. Officer Chandler was hit by friendly fire. A single shot sliced through his bullet-proof vest.

He has been treated and released from the hospital.

Madueke is recovering at WakeMed where he was listed in stable condition Wednesday.

Madueke is not facing any charges at this point.

"Charges will depend on the findings of the investigation that's underway," RPD spokesperson Jim Sughrue said Wednesday.

A week after the violence erupted, some residents along University Court are still shaken up.

Amber Shaw recently returned home to her apartment. She left for five days after hearing the shots fired and seeing Officer Chandler rushed inside an ambulance surrounded by his fellow officers.

"Everybody (who lives here is) still talking about it," Shaw said. "Thank God the police officer's OK."

The report says Madueke's brother recorded the shooting on his cell phone, but the video has not been retrieved or viewed by investigators.

All three officers are on administrative leave, which is standard in officer-involved shootings. SBI has been called in to investigate and RPD's Internal Affairs Unit is also conducting an administrative investigation.

Madueke has a violent history. He was arrested last year for assault with a deadly weapon. Cary Police say he was taken into custody after welding a knife during a domestic dispute.