Was school bus speeding in Raleigh? 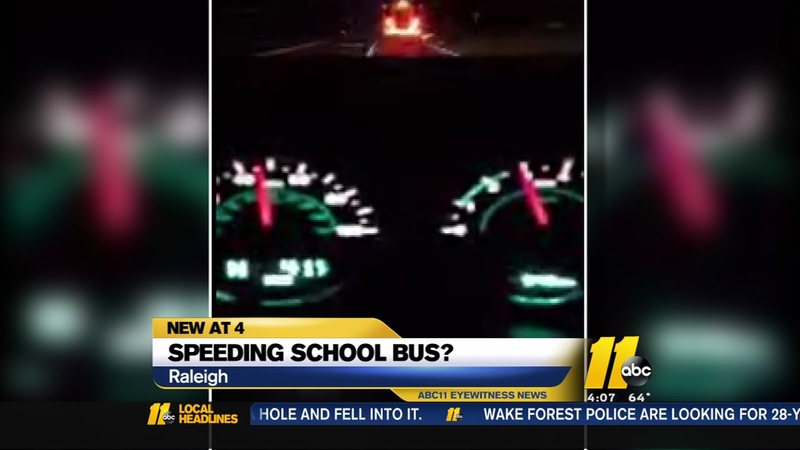 Was school bus speeding in Raleigh?

Joseph Fennell used his cell phone to record his own speedometer while following the school bus.

He said he dropped off his stepdaughter at her bus stop in Fuquay Varina just after 6 a.m.

After he turned behind the bus, his stepdaughter called him complaining the driver seemed to be going fast.

"She tells me that she thinks the bus driver's driving kind of fast and I'm like, yea she is," said Fennell. "She's going 50 right now in a 35."

Fennell said he had to slow down to grab his cell phone and started recording his own speedometer.

He later called the high school to leave a message for administrators, saying the bus driver who's been driving his stepdaughter's school bus for the last two years, broke the speed limit.

Lisa Luten, spokesperson for WCPSS, said school leaders will follow up with Fennell.

She said the transportation department researched his claim and found GPS alerts show the bus never traveled above 45 miles per hour Monday morning, which is the maximum speed allowed for school buses in North Carolina. She said speed governors mechanically prohibit school buses from reaching 50 mph.

WCPSS has not responded to whether it disputes Fennell's claim that the bus was breaking the 35 mile per hour speed limit.

Fennell said he plans on having his stepdaughter ride the school bus again, but will ask the driver to slow down.