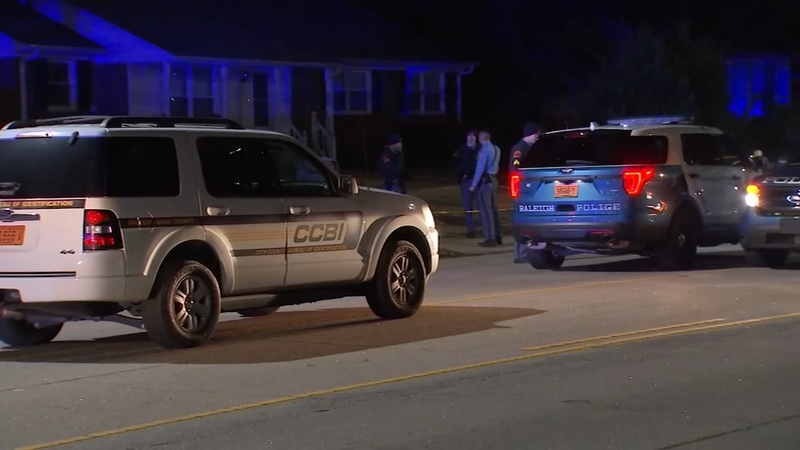 RALEIGH, N.C. (WTVD) -- A Raleigh man is recovering from being shot in a home invasion overnight in a normally tranquil neighborhood.

Gunfire was reported just before midnight Wednesday at a home on East Millbrook Road just east of Six Forks Road.

The man, Andrew Jackson Rhone, 30, is expected to be OK. He's recovering at WakeMed.

Rhone's wife said the couple's three children were inside the home at the time of the shooting.

Police said a neighboring house was also hit by gunfire.

It's a little scary," said Scott Porter, a neighbor. "I woke up around 12 o'clock, there was a lot of heavy police presence in the area. Cops knocked on the door trying to get an idea of what was going on."

Porter has lived in the neighborhood for nearly three decades. He and other neighbors told ABC11 that they doesn't remember such a violent incident in the area.

"I guess it can happen anywhere," John Lambrakis, another neighbor said. "No one ever thinks it's going to happen in their neighborhood."