2 charged in shooting death of Raleigh mother captured in Texas 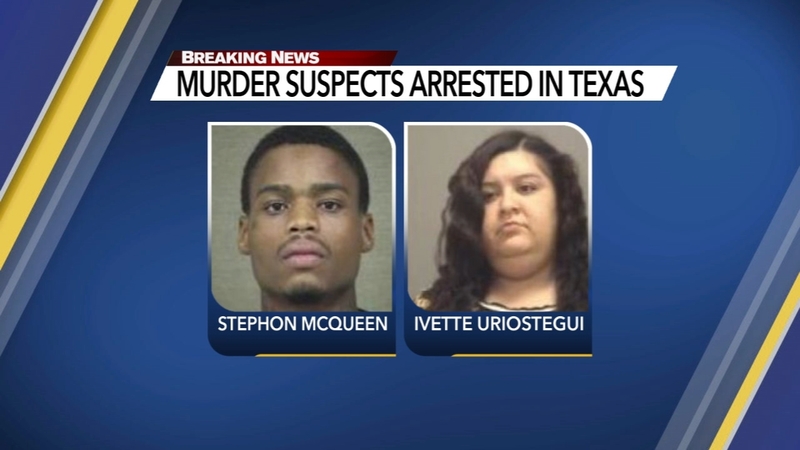 2 charged in shooting death of Raleigh mother captured in Texas

RALEIGH (WTVD) -- Three people are behind bars in connection to the killing of a mother of three in Raleigh last Friday.

Raleigh Police Department said Kimberly Holder, 24, was shot and killed Nov. 8 on Bragg Street near Garner Road. Two men were also shot during the same crime; they were taken to the hospital with non-life-threatening injuries.

Investigators announced Friday afternoon Stephon McQueen, 27, and Ivette Uriostegui, 28 were taken into custody. They both face charges of murder and assault with a deadly weapon in Holder's death.

Thursday night authorities arrested Kedrick Thomas, 27, who was accused of murder and assault with a deadly weapon.

Holder was honored with a vigil earlier this week as participants lit candles and released balloons at 6:22 p.m., a nod to her June 22 birthday.

Friends described Holder as a great person and great mother who recently returned to school.