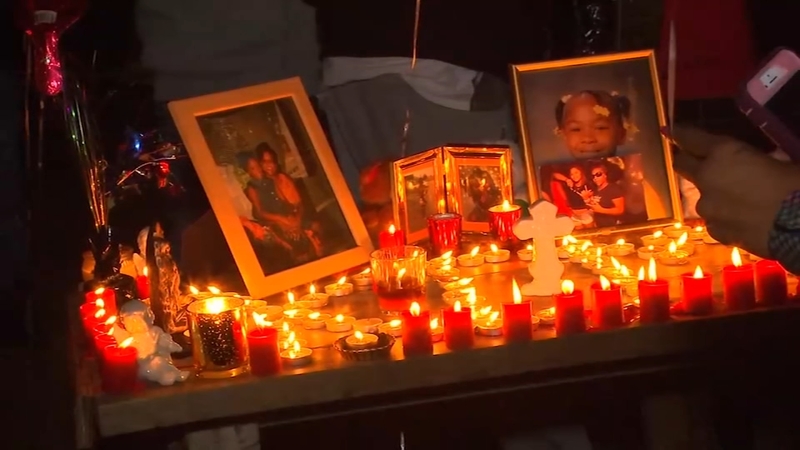 RALEIGH (WTVD) -- Raleigh police are sharing new details about a string of shootings over the weekend in the Capital City.

In all, three people were killed and two were injured.

A young mother was among those killed and now her family is asking for the gun violence to come to an end.

That shooting happened Friday night just southeast of downtown Raleigh in the 500 block of Bragg Street.

"You took an angel from me," her brother Jamar Waverly told ABC11.

Just before that shooting, around 8 p.m., 31-year-old Antonio O'Neal Early was shot and killed on Trawick Road. Carlton Craig Harris, 29, has been charged with murder. Drew Dominique Smith, also 29, was charged as an accessory.

When police arrived, Tillery was not at the scene but had been dropped at WakeMed where he was pronounced dead.