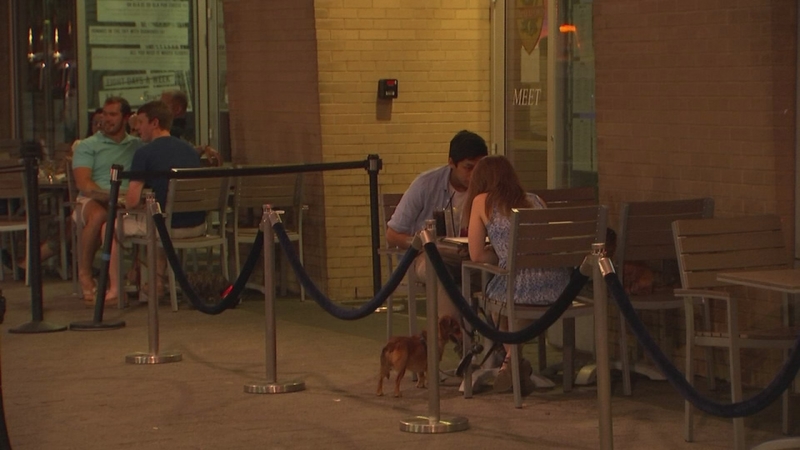 RALEIGH (WTVD) -- Downtown Raleigh businesses say they're adjusting to new sidewalk rules that took effect Friday because they have to, but that doesn't mean they're happy about it.

The change closes off city sidewalks to restaurants and bars at midnight Sunday through Thursday and 1 a.m. on Friday and Saturday.

At the Oxford Pub next to the ABC11 Raleigh Eyewitness News Center on Fayetteville Street, hostesses put notices on outside tables Friday to let patrons know about the change.

William Ranke with the Oxford, and many other downtown bar owners who have invested in the area, say they take the new ordinance as a slap in the face and a step back for the city.

"Fayetteville Street used to be a ghost town. It was not what you're seeing right now. And as far as Raleigh has come, it has a lot to do with the bars and clubs," he explained. "I think this kind of takes away from the vibrancy that we've been trying to establish here in downtown."

But others say it's about making downtown a fun place to be, but also a place you can live.

"There's a guy who lives like right over there on the second floor, just above The Oxford, and he says he can hardly sleep at night when they have live music," explained downtown resident Oliver Sholder.

But Ranke said street noise is normal for a downtown district.

"It's part of living in the city. It's something that you kind of have to accept. You can't live in a beautiful vibrant and booming city and not get some of that," he offered.

The outdoor drinking curfew passed city council narrowly: 5 to 3. Supporters on city council said 1 a.m. was a good compromise. Critics said it would hurt business and have little effect on noise.

So, city council is going to see how it goes and plans to reevaluate in three months.