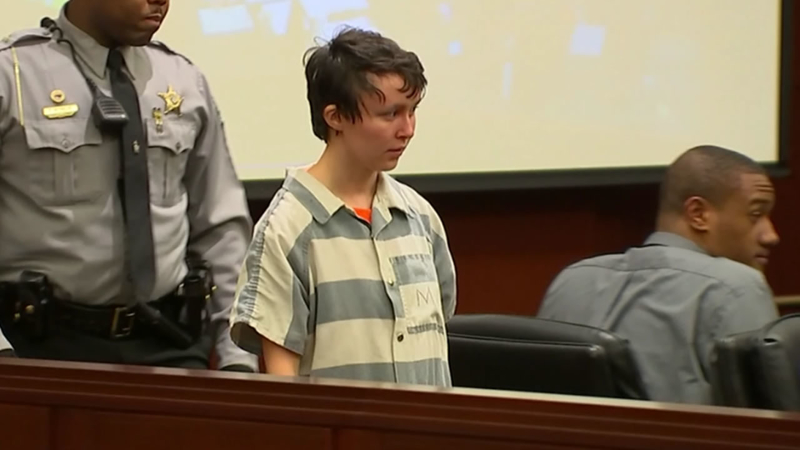 RALEIGH, North Carolina (WTVD) -- The Raleigh Police Department says a former Heritage High School student was arrested at Wakefield High School Tuesday when she showed up with a knife.

She was recognized when she entered the school and was detained by staff until police arrived. She was not able to contact the stalking victim.

Court documents describe the blade as a 4-inch steak knife.

Parents who spoke with ABC11 Wednesday commended staff on their handling the situation.

"I feel grateful that they recognized the threat early, quickly. And clearly the administration must have been doing some things right here to have their people prepared to respond very quickly," said Wakefield High School parent Joe Raftery.

"It's concerning. You have your kids, you want to send them to school, you want to feel that they're safe. You don't want to be concerned about somebody just showing up at the school," said parent Julie Raftery. "So it's nice to know that the administration is staying on top of who's coming in the school and making sure that the kids are all safe."

Officials said Killion graduated from Heritage High in 2015. Court documents say she and the victim first met when she was a student. The documents also say Killion came to Wakefield in September with "a bag of knives."

In court Wednesday, Killion's mother said the young woman has been battling mental problems for years. She said she does not believe her daughter is a true threat and plans to get her help and monitoring after she's bailed out of jail.

Killion is charged with second-degree trespassing, having a weapon on school property, and misdemeanor stalking.