Raleigh Walmart evacuated after fire breaks out in aisle 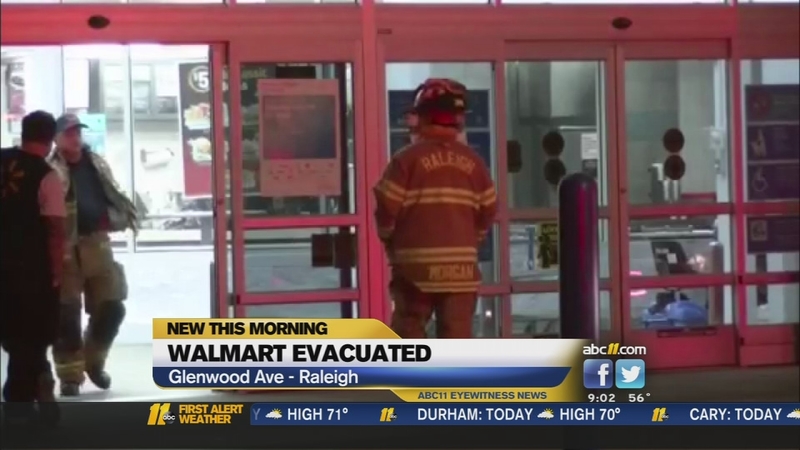 Walmart evacuated due to fire in store

RALEIGH (WTVD) -- A Walmart store had to be evacuated early Sunday morning, after a fire broke out in one of the aisles.

It happened around 2 a.m. at the Brier Creek location on Glenwood Avenue.

Police said one of the employees put out the flames before the fire department arrived.

Workers at the store told ABC11 at the scene that it appeared to be some sort of detergent burning, and there were bad chemical fumes.

Employees also said they were told the fire may have been intentionally set.

No injuries are reported.