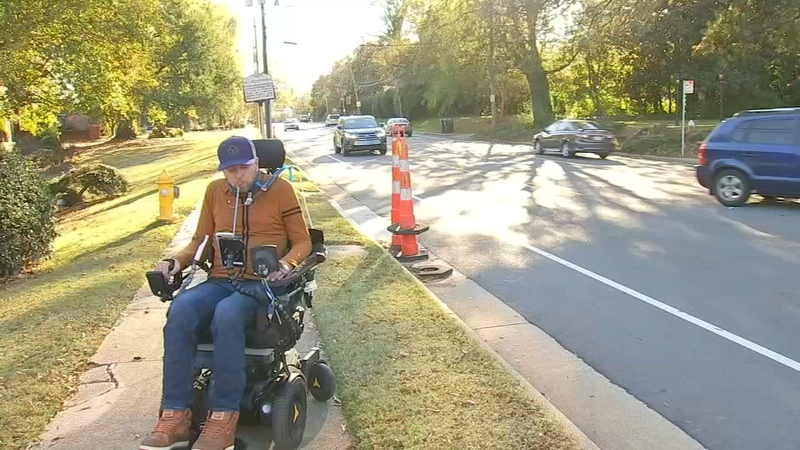 Raleigh restaurateur returns to crash site that left him paralyzed

At 3:30 p.m., exactly five years to the minute after a car hit Thor on his motorcycle, he joined with friends to reflect on his recovery and his life as a quadriplegic.

"There is something to be said about the power of positivity," Thor told ABC11. "I've tried to keep a positive attitude during this entire thing and I think it has helped greatly in my recovery."

Thor is a co-owner of downtown Raleigh's Whiskey Kitchen restaurant. The popular spot was under construction when a driver hit Thor on his motorcycle in 2015. He went flying. His head hit a light post on Wake Forest Rd. near Glascock St.

Thor, his wife Sarah, and his mom and dad relocated to Atlanta where he embarked on rehabilitation at the renowned Shepherd Center.

In 2018, ABC11 reported on Karen Thor, Michael's mom, as she opened a local franchise of the non-profit physical therapy chain NextStep. It allowed her son to return from Atlanta.

Earlier this year, Thor received a robotic arm that reads his muscle signals and allows him to move his arm up and down and grip things with his hand.