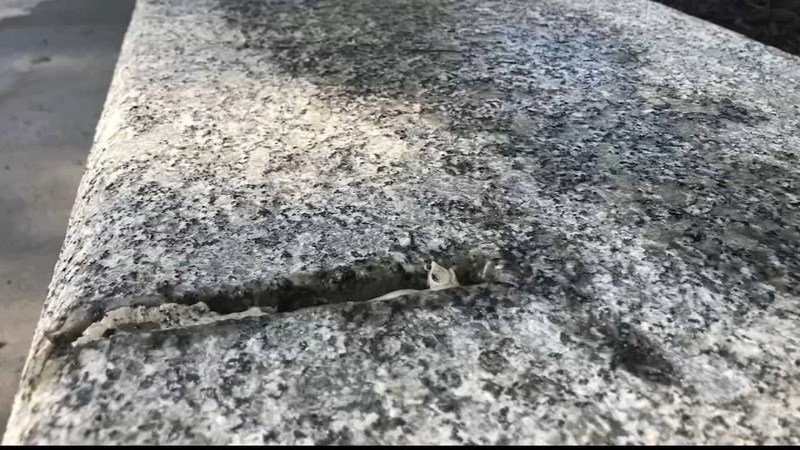 EMBED <>More Videos
RALEIGH (WTVD) -- After a two-year, $13,000,000 renovation and just two days before its scheduled to be rededicated, downtown Raleigh's Moore Square has been vandalized.

Raleigh police say metal cleats designed to prevent skateboarding on the park's retaining walls were pried off and the same wall was sprayed with wax lacquer.

They charged 17-year-old Rafael Tomas of Cary with defacing a public building. That's a misdemeanor.

Tomas, who told ABC11 he is a skateboarder, accepts responsibility for one but not both allegations.

"They accused me of taking off the little metal things with a crowbar. Never happened. I never did that," the teenager said at his Cary home with his mother by his side.

"The lacquer part, I was involved with that," he said. "So I'm definitely going to man up to that part. But I'm not going to take accusations for something I didn't do."

Although no one is allowed in the park until Friday, the fencing is down and many who frequent downtown are excited about its reopening.

But many of them were upset to hear there has already been vandalism.

Cheri Krcelic, a Raleigh resident who was walking her dog with her boyfriend along Person Street when she spotted the damage, chalked it up to youthfulness.

"When I was younger we didn't know any better. But now that we're older we're like you need to respect the property. We want it to look good for as long as we can," she said.

Tomas, who spoke exclusively to ABC 11, said he and many of his skater friends don't like traditional skate parks.

He says they prefer cityscapes.

They enjoy the challenges of walls, sidewalks, stairs, and railings.

But after taxpayers had to pay to constantly repair damage done by skateboarders who ignored rules about where to ride, cities began installing devices like the cleats to thwart the skater's efforts.

And that, Tomas says, angers them.

"Kids can be on the corner smoking crack and stuff, you know. And we're out here trying to skate," he said. "Although it might scratch up the concrete a little bit you know I don't understand why it's so criminalized you know when we're just trying to do our thing. And you know it still serves its purpose. People can still sit on the granite wall."