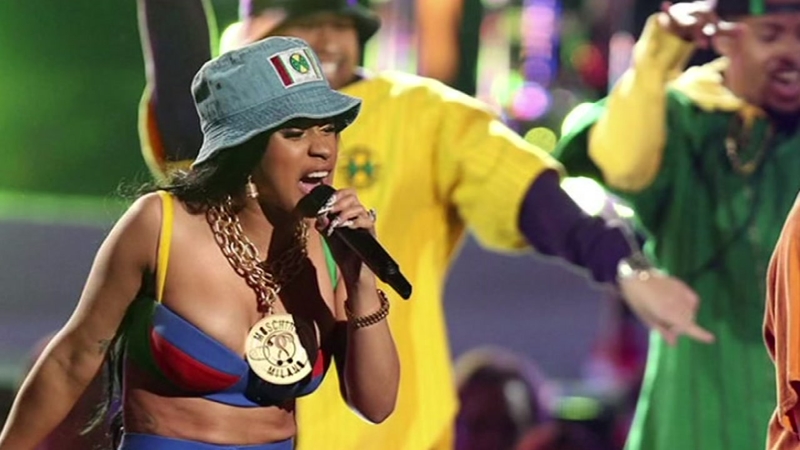 FLUSHING, Queens -- Rapper Cardi B is set to surrender to police Monday morning, to face charges in connection with an assault on two bartenders at a Queens strip club.

She will face misdemeanor charges in connection with the Aug. 29 fight at Angels Strip Club in Flushing.

Cardi B is likely to receive a desk appearance ticket to appear in court at a later date.

Detectives are sorting out if she was involved in the attack.

A little over a week after the alleged assault, Cardi B was involved in an altercation with rapper Nicki Minaj at a New York Fashion Week party.

A person who witnessed the incident at the Harper's Bazaar Icons party said Minaj was finishing up a conversation when Cardi B tried to attack her.

Video surfaced showing Cardi B lunging toward someone and being held back. She also reportedly threw one of her shoes at Minaj.

Video surfaced of hip-hop stars Nicki Minaj and Cardi B getting into a physical altercation during a New York Fashion Week party.

Cardi B and Minaj have been rivals since Cardi B's growing success over the last year.

She alluded to the fight on Instagram and said she was sparked because her mothering skills were disparaged. Cardi B recently had her first child, a girl, with rapper Offset.