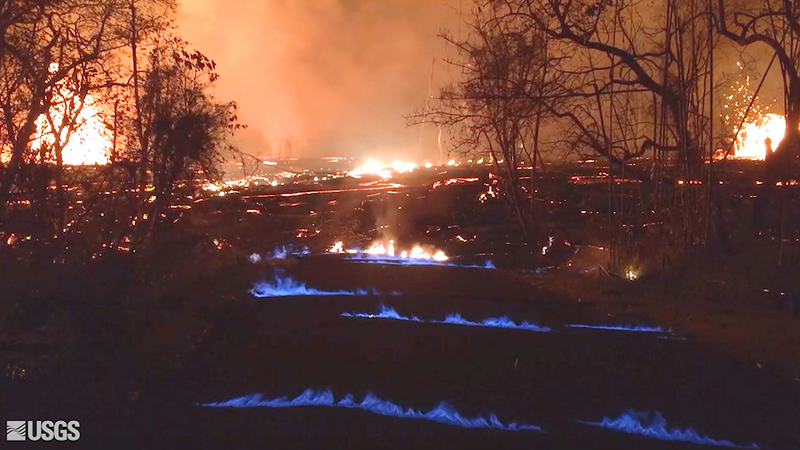 Methane gas produced by Hawaii's Kilauea volcano has caused rare blue flames to arise from cracks in the pavement.

U.S. Geological Survey scientists were able to capture what they called "one of the most intriguing images" at the Leilani Estates subdivision.

"When hot lava buries plants and shrubs, methane gas is produced as a byproduct of burning vegetation," said the USGS in a Facebook post. "Methane gas can seep into subsurface voids and explode when heated, or as shown in this image, emerge from cracks in the ground several feet away. When ignited, the methane produces a blue flame."

About 2,000 people have been ordered to evacuate from the Leilani Estates and surrounding neighborhoods, according to the Associated Press.

More than 20 vents have opened in the ground since the eruptions began on May 3, spewing lava, sulfur dioxide and steam. The lava has poured down from Kilauea to reach the ocean miles away.