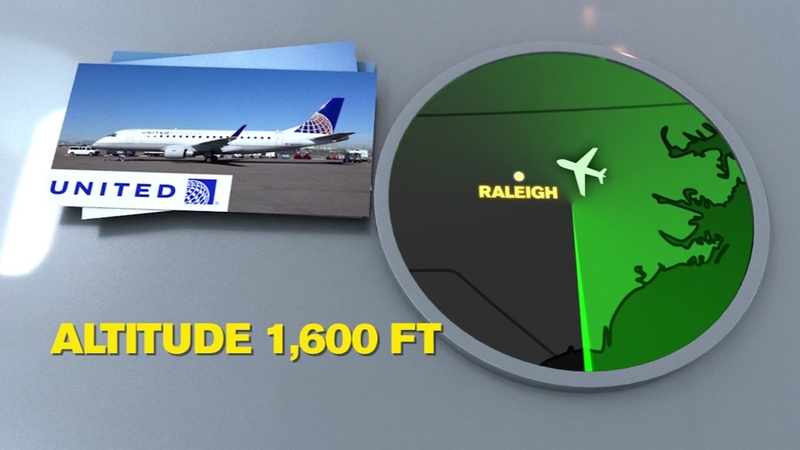 Data obtained from the Federal Aviation Administration shows airplane and helicopter pilots in the United States reported seeing drones from the cockpit 2,312 times in 2018.

The mid-air sightings vary in altitude, but all are well above what's legal for drones, which are generally limited to flying under 400 feet above ground level.

Do you have an I-Team tip? Fill out this form to contact our investigators.

Among the reported sightings in North Carolina:

By law, all drone operators must register their drone with the FAA. An earlier I-Team investigation counted 28,346 drones in North Carolina; 24,510 for recreation and 3,854 for commercial or government purposes. Beginners can use drones to race, take overhead pictures or just have fun. Experts can fly them for surveying agriculture, public safety and construction, among other industries.

The North Carolina Department of Transportation lists these as general guidelines for all drone operators:

*Always fly below an altitude of 400 feet, and fly within your direct line of sight.

*Be aware of FAA airspace requirements.

*Do not fly near stadiums, public events, or directly over people.

*Do not fly near aircraft, especially near airports.

*Do not fly near emergency response efforts such as fires or hurricane recovery efforts.

*Do not fly at night.

*Do not fly a UAS/drone that weighs more than 55 pounds.

For commercial users, there are even more regulations.

As for enforcement of these laws, data obtained from the FAA shows the majority of incidents - including those in North Carolina airspace - are reported in real time to local law enforcement.

Christopher Main, a senior investigator with the Wake County Sheriff's Office, confirms the WCSO answered at least five call from air traffic control about illegal drones. No one was arrested.

The problem, Main laments, is the challenge of time: a pilot calls in a drone sighting to Air Traffic Control, which then alerts a local law enforcement agency, but usually without a pinpoint location of the drone operator holding the remote control.

"We may be 10-15 minutes out from that location and we're trying to spot a fly in the sky," Main explains, adding that there is emerging technology that should help crack down on illegal drones in the future.