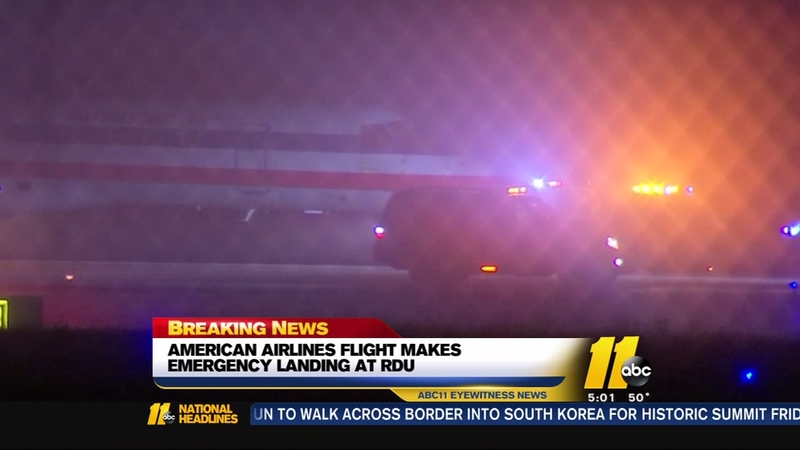 Flight 3356 from Dallas to RDU landed at the airport just before 1 a.m.

Officials with the airline said an indicator light went off during the flight.

The spokesperson also said flight attendants onboard smelled an odor, which caused the 10 passengers and three crews members to evacuate through the main door on the runway.

10 passengers/3 crew members onboard. No one hurt. A flight attendant did smell an odor which is why everyone exited the main door on the runway. No emergency slide was used. #abc11 https://t.co/Hy9a6WQNxP

Passengers were then taken to their terminal by bus.

ABC11 spoke with several passengers who said they never saw any signs of smoke; however, their claim they were told they landed because of a sensor malfunction.