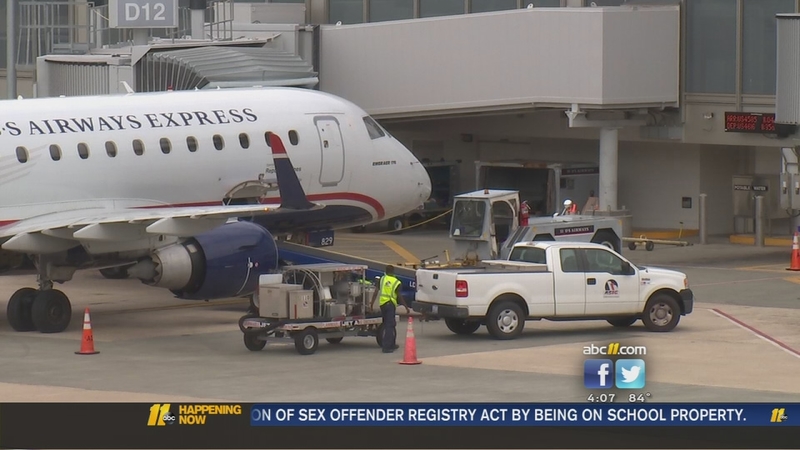 RALEIGH-DURHAM (WTVD) -- A pilot was forced to turn around shortly after takeoff from Raleigh-Durham International Airport on Thursday morning.

United Airlines flight 3663 headed for Chicago reported smoke in the cockpit after takeoff.

An ABC11 Eyewitness shared what happened moments before the flight left the runway.

"The Alarms went off twice while we were on the ground and then we got up there and we just got to about decreasing altitude and it went off again. Then you had a little bit of an electric smell," said a passenger on the flight.

Fortunately, no one was hurt.