Realtor warns you to watch out for rental scam

Thomas Edgar, of Coldwell Banker Howard Perry & Walston, says scammers are stealing pictures and ad information from websites such as American Homes 4 Rent and Zillow and posting fake ads on other sites to try to take your money.

He said two people just this week contacted him about an ad for a home on Cashlin Drive in Raleigh. But something caught his eye.

"It was listed much less than what the going rate would be so when I heard from them I checked it out and it didn't look right," Edgar said.

The real ad on American Homes 4 Rent shows the house renting for $1,795 a month.

Another ad on Zillow, which has since been taken down, showed it renting for $800 a month.

We called the number listed on the Zillow ad. The man who answered said he was the property owner, and was out of town but that I could see the home with a code. The man said it wasn't a scam but then hung up.

"There's a way to get in the house where somebody doesn't have to be there so people can give a code and look like it's valid but it's really not," Edgar said.

Zillow says the ad was flagged and taken down three weeks ago. But we saw people at the home yesterday, just now responding to the old ad. And Edgar says there are numerous fake ads on several sites. Zillow spokeswoman Emily Heffter sent a statement saying:

"Zillow goes to great lengths to police activity and fully inform our users of the existence of scams and how to protect themselves. Our customer support team monitors activity on the site in a number of different ways and if a rental listing is found to be fraudulent, it is immediately removed from Zillow. Every rental listing on Zillow has a 'Beware of Rental Scams' message at the top of the page, telling users to look out for red flags like requests for wire transfers and long-distance inquiries, and directing them to our fraud and scams page, which provides valuable information about how to avoid fraudulent listings."

"They can actually send the deposit money to somebody they've never met and the money disappears and so does the person," Edgar said.

He also suggests conducting a Google search of numbers listed on ads before calling them. He said that will often indicate if it's a scam.

"If it looks too good to be true, it probably is," Edgar said.

Zillow has these tips to avoid being scammed:

- Watch for red flags in listings, such as requests to wire funds, long-distance landlords, requests for verification codes, requests for personal or financial information.
- Beware of emails filled with grammatical errors or typos, British spellings, or sad stories involving families with financial issues. These are often fraudulent.
- Never wire money to anyone you haven't met in person.
- Don't believe landlords who say Zillow can "guarantee" a money exchange or serve as a go-between between tenant and landlord. Those offers are fraudulent, because Zillow is not involved in such transactions. 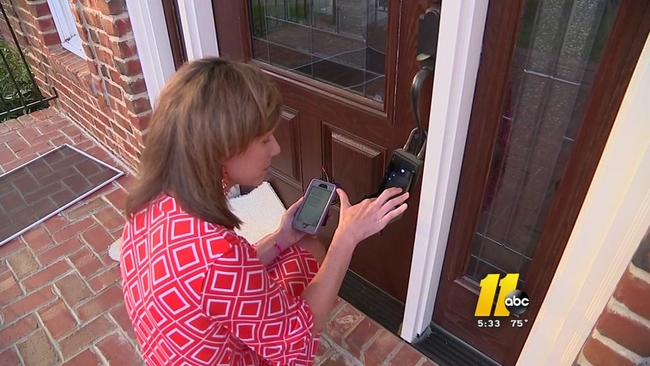