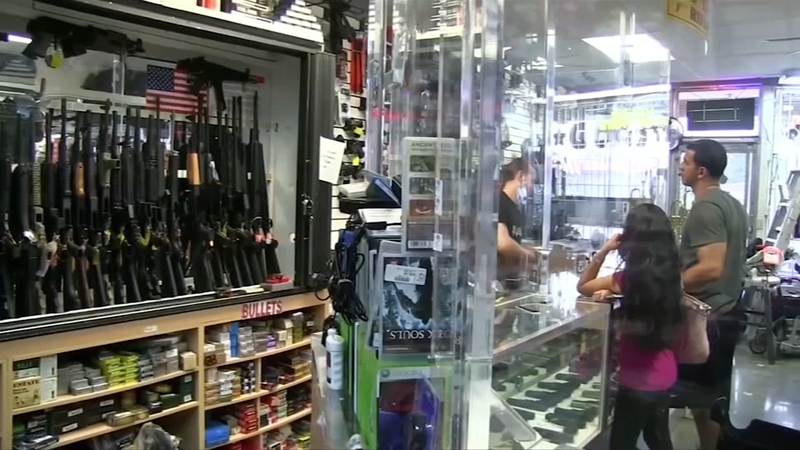 "I was thrilled to see Governor Cooper taking action," Messersmith said. "Too many elected leaders are willing to bow to the gun lobby and not stand up for public safety and stand up for our children."

On Monday at UNC Greensboro, Cooper announced the special panel he formed more than a year ago to fix the gaps in the state's firearm background checks found and added more than 284,000 convictions to the federal background check system -- more people who no longer can buy guns.

"This is why I took the executive directive today, to make sure that we are making some steps to try and keep guns out of the wrong hands," Cooper said.

"The fact is that Governor Cooper has never met a gun he wouldn't ban," Valone said. "His solution for everything under the sun is gun control."
The governor's authority only goes so far.

He's calling on the GOP-led General Assembly to take action on two gun bills -- House bills 86 and 454. The latter is dubbed the "Red Flag Bill" -- it would allow family members or law enforcement to petition a judge to restrict a person's access to firearms if they're deemed an extreme risk to themselves or others.

"House bills 86 and 454 are concrete solutions that would keep our families safer and yet lawmakers are keeping them holed up in committee," Messersmith said. "They're not even letting them have a hearing, let alone a vote."

For Valone, the red flag bill raised constitutional concerns; fears gun owners' right to due process could be violated.

"The red flag bills do nothing to prevent violence, except confiscate guns from people that have been convicted of nothing and who may in fact be falsely accused," he said.

Last week, Democrats in the House filed a pair of discharge petitions. It's a move to force action on the two gun bills.