'Not just about my son. It's about Reedy Creek:' Cary parents voice new concerns on school reassignment 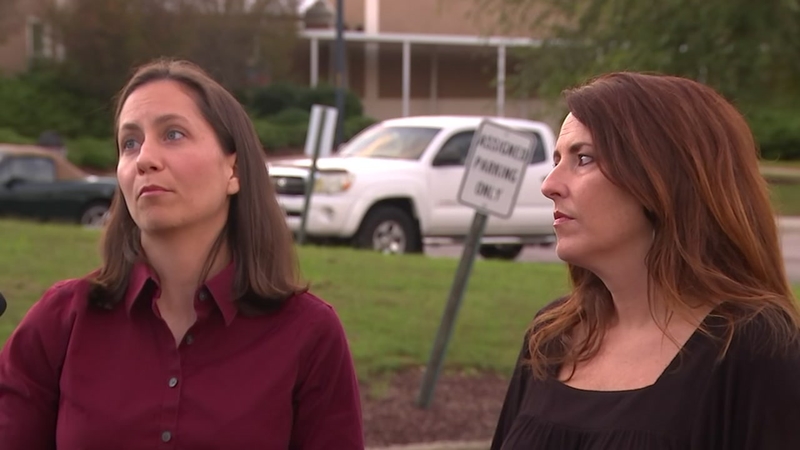 CARY, N.C. (WTVD) -- Wake County parents are voicing new concern about a plan to send their children to different schools.

The district says reassignment is needed because schools are too crowded.

But these parents of students at Reedy Creek Middle School don't want their kids' lives disrupted.

"We were the school that no one wanted to go to," said Joanie Peterson, who is on her third student at Reedy Creek. "It needed a lot of support to where it is now. This year was the first year where it felt like the last piece of the puzzle was there."

Some parents in Cary started a petition to stop the reassignment proposal by @WCPSS. Their concerns tonight about one school we haven’t talked about much. #abc11 pic.twitter.com/JHYVqPZNwt

Jessica Gutierrez has a sixth-grader at the school and a fourth-grader she'd like to go to Reedy Creek.

"I got involved because I care about all the kids," said Gutierrez.

Reedy Creek parents and the school community contend there's a disconnect with them, the school board and the central office. Gutierrez said while the district said their school is overcrowded, they have found otherwise.

The reassignment plan would shift some of their children from Reedy Creek to East Cary Middle School. Reedy Creek is on a traditional calendar while East Cary is year round.

"We don't know how many of those children are proposed to be moved," Gutierrez said. "The district can't give us that information. I understand that but they are still going to be affecting a huge part of the population."
Wake County School Board Member Bill Fletcher brought the issue up at the work session before Tuesday night's school board meeting.

"I'm having some conflict between what we say the capacity is today and what it was a year ago when we said the capacity number was 1,015," he said. "The cap number is a number beyond which we don't want to go."

Fletcher said the capacity has dropped because the district did not allocate enough classrooms for the growing magnet program.

Gutierrez, Peterson and others say numbers show the school is not at capacity.

"If the overwhelming need is to move students to another school and that's what is best for Cary and Wake County, we can certainly do that," Gutierrez said. "But we should do that in the least disruptive way possible to help those kids."

These parents have put out a petition asking the school to stop the reassignment plan. They believe the only way their kids would be able to remain at Reedy Creek is if they drove them and didn't rely on buses. They say other families don't have that flexibility.