3 in Wake County register of deeds scandal appear in court 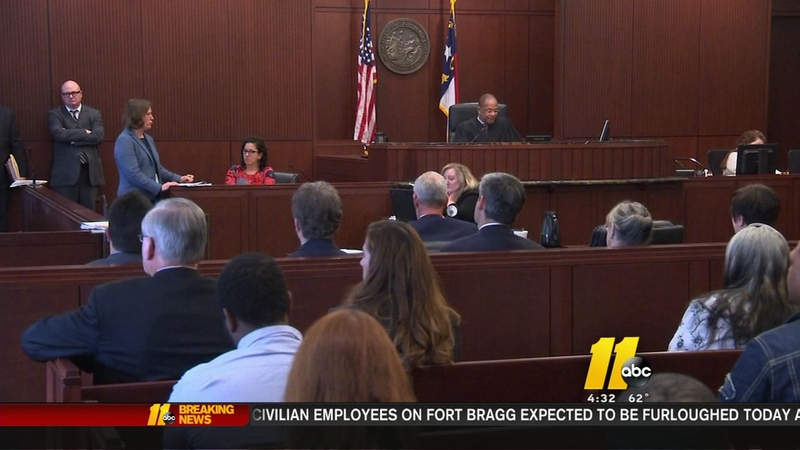 3 suspects in register of deeds case appear in court

RALEIGH, NC (WTVD) -- Former Wake County Register of Deeds Laura Riddick did not appear in court Monday, but the other three defendants in the case involving $2.3 million missing from the Register of Deeds office sat far apart in the courtroom Monday morning.

Wake County District Attorney Laurin Freeman said Riddick's attorney is on a capital murder case, so her appearance is delayed for now.

The DA told Judge Carl Fox that her office received 5,000 more pages of discovery related to the case, pages that must be examined before moving forward.

Former Wake Co Register of Deeds Laura Riddick’s att’y is busy w/a capital case, so she didn’t appear in court w/3 other defendants charged in connection w/the embezzlement of funds from her office. Those 3 won’t have cases heard until hers is done. #abc11 pic.twitter.com/EVLI8PwjJu

So while confirming the reset of Riddick's case, Freeman gave no date for the next appearance of the former register of deeds.