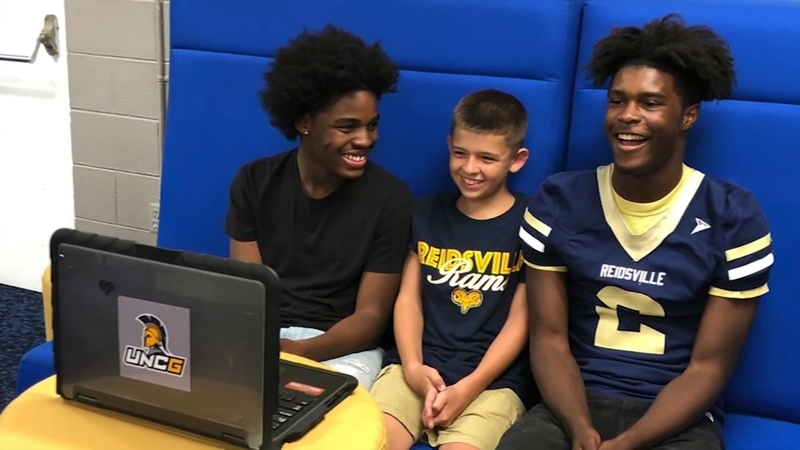 Teens reach out to bullied freshman at Reidsvile High School

REIDSVILLE, N.C. (WTVD) -- Two upperclassmen at Reidsville High School took action when they saw a freshman having a hard time.

Demontez Canada and Tyvon Smoot got proactive when a hearing about a student whose sister tweeted about him being picked on. The boy was struggling to adjust to high school, feeling down. The two saw the boy eating by himself in the lunchroom. That's when the acts of kindness started.

It didn't stop there. The teens went on a shopping trip to buy the student some things he needed.

"He loved it when we brought it back to him the next day. He said it was Christmas part two .. yeah two times better. Christmas in October."

The story blew up on social media, with hundreds of thousands of people sharing their story. The two have shared their anti-bullying message with other students. It's an example of how a simple gesture can change someone's outlook.

"I feel like we inspired other people to do what we're doing too," said the teens. "What we did we sent a message out on how being friendly can help somebody's life."