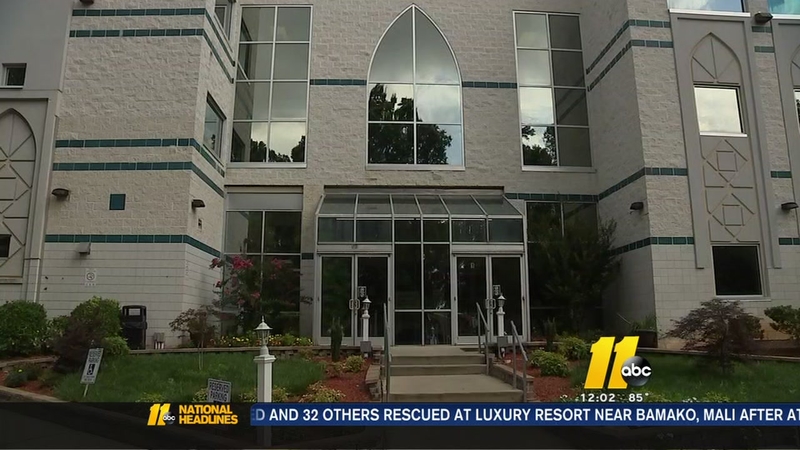 RALEIGH (WTVD) -- The Islamic Association of Raleigh on Atwater Street has already beefed up security for Ramadan, Islam's holiest month, but the recent terror attack outside a London mosque is putting people on even higher alert.

He said they have private security and Raleigh police securing their facility, which includes prayer areas and a school.

The association expects to draw as many as 6,000 people weekly during Ramadan.

Elgamal said they asked people to be extra vigilant after a prayer service, citing the terror attack in London, where a man drove a van into a crowd gathering outside a mosque after midnight prayers.

"Of course when something happens across the world, even thousands of miles away, it motivates some sick people to maybe copycat," said Elgamal.

Elgamal feels people committing terrorism are not people of faith.

"If they were Muslims they would never do something like that."