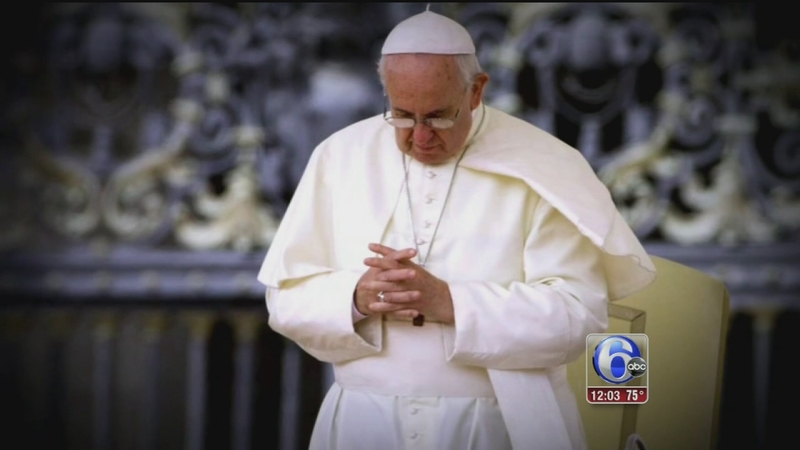 PHILADELPHIA -- A local teenager is charged with plotting an attack on the pope.

The FBI says he was inspired by ISIS and was contemplating an attack involving guns and explosives.

Authorities are not yet identifying the suspect, but sources tell us he is a 15-year-old boy from New Jersey.

Sources also say he apparently was not far along in producing an operational plot of any kind.

Meanwhile, preparations for the pope's visit continue under tight security, and agents continue to monitor the internet and social media for any signs of potential threats.

The FBI and Homeland Security informed local police of the arrest last month. The bulletin says, "The minor was inspired by ISIS and sought to conduct a detailed homeland attack, which included multiple attackers, firearms and explosives."

The bulletin also says the boy obtained explosives instructions and shared them on social media.

ABC News says sources familiar with the case emphasize that there was no imminent plan of action and that there are questions about the boy's mental health.

In Philadelphia about 150,000 people will attend two events behind high security fences along the Ben Franklin Parkway. Thousands of others will watch the events on 40 giant video monitors. Those inside the fence will be heavily screened at seven checkpoints.

You'll be able to bring food and water in small backpacks and bags and soft coolers. But there are many prohibited items: weapons, of course, and even selfie sticks. You can find a complete list of prohibited items here.