Remains of all 8 NC plane crash victims have been recovered 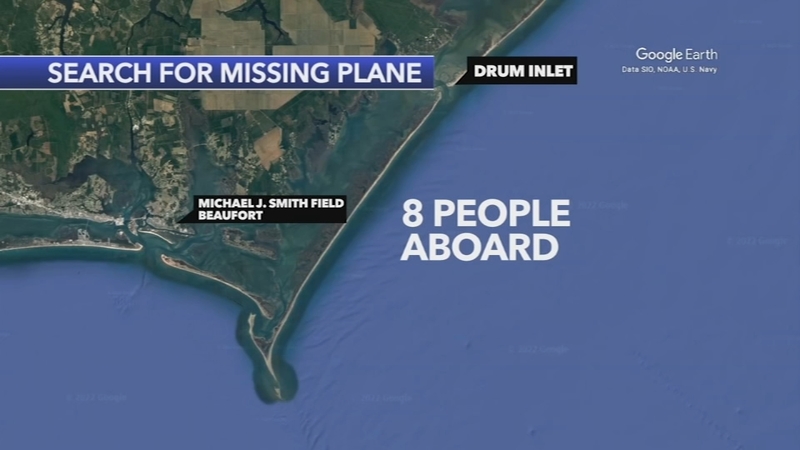 BEAUFORT, N.C. (WTVD) -- The bodies of all the people aboard the small plane that crashed into the ocean off the North Carolina coast on Sunday have been recovered.

In a news release Wednesday, the Carteret County Sheriff Office's said the search operation has been suspended as all remains have been found.

The passengers were all found at the fuselage or at the original crash site.

The remains of the passengers have all been examined at Carteret Health Care in Morehead City, NC and are being taken to East Carolina University Brody School of Medicine for further examination and identification.

Two of the eight people on board have been positively identified and their remains will be turned over to their families, the sheriff's office said.
.
Sheriff Asa Buck and other officials have personally met with the surviving Carteret County family members to express the love and support of the Down East community and Carteret County in its entirety, the release said.

Numerous aircraft parts including the flight data recorder have been recovered. They'll be turned over to the National Transportation Safety Board, which is investigating the incident.

"Sheriff Asa Buck and the Carteret County Sheriff's Office would like to extend our deepest sympathies and condolences to all the families affected by this tragedy. We ask the community to keep the families in your thoughts and prayers," the release said.

Ernest Durwood Rawls, 67, of Greenville, was the pilot of the Pilatus PC-12 that was returning the group to Beaufort from a hunting trip in Hyde County, according to the sheriff's office.

Rawls' son, Jeffrey Worthington Rawls, 28, of Greenville, was also on board, along with Stephanie Ann McInnis Fulcher, 42, of Sea Level, and Fulcher's boyfriend and the group's hunting guide Douglas Hunter Parks, 45, of Cedar Island.